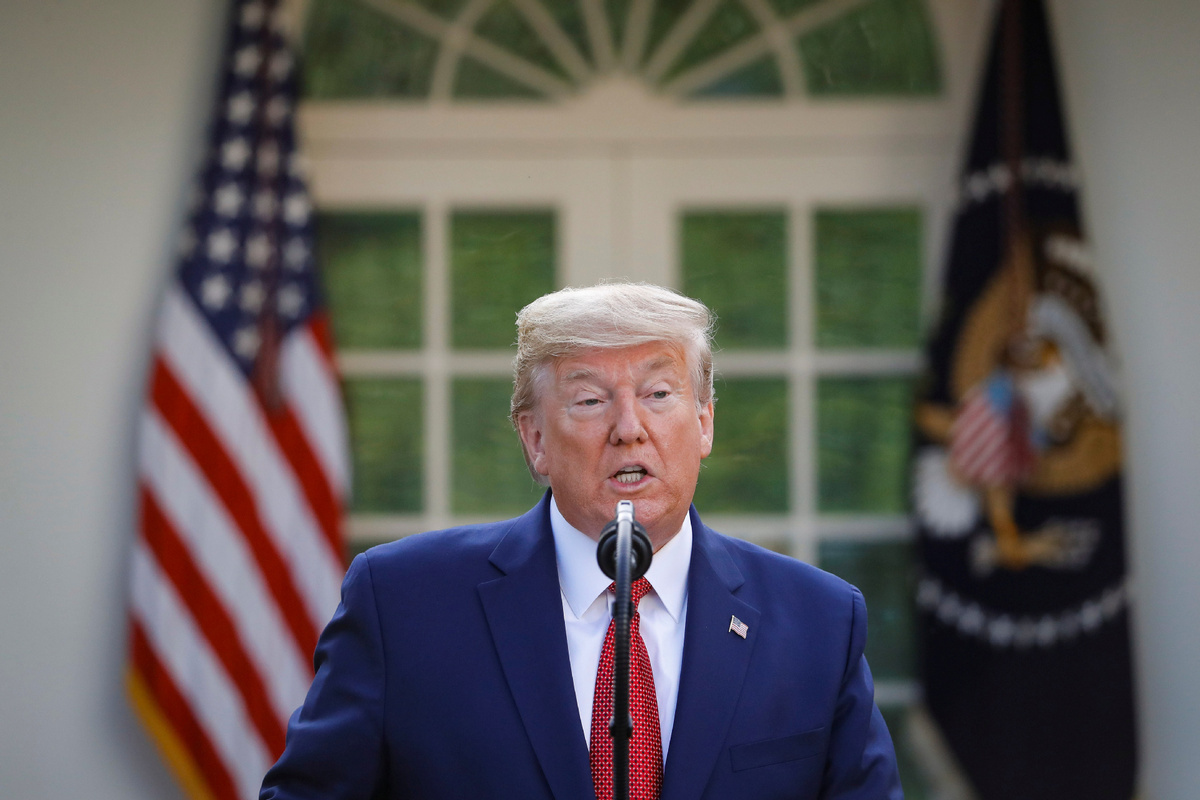 WASHINGTON -- US President Donald Trump claimed on Saturday that voters will have to wait for weeks after election day until they know who wins.

Campaigning in the hotly contested state of Pennsylvania, the president told supporters at a rally that they "are going to be waiting for weeks" for the election result to come, claiming that "very bad things" could happen while states are counting ballots after election day, which falls on Nov 3.

Trump's comment came as the Supreme Court ruled on Friday that Pennsylvania election officials can accept absentee ballots arriving three days after election day, handing Democrats a victory in a legal fight. A key swing state, Pennsylvania, is considered a bellwether for the election.

"This is a horrible thing that the United States Supreme Court has done to our country," said Trump, who has long insisted on the proofless theory that universal mail-in ballots lead to voter fraud.

Trump gave the remarks in Newtown, the first of the four campaign stops during his day in Pennsylvania -- where poll suggests his rival, Joe Biden, has enjoyed a consistent lead -- trying to tear down the Democrats' Blue Wall.

Also on Saturday, former President Barack Obama and Democratic presidential nominee Biden appeared together for the first time on the campaign trail. They held two joint rallies in Michigan, first in Flint and later in Detroit.

"He does not understand the notion that somebody would risk their life to save others without trying to make a buck," Obama said of Trump, criticizing his successor's accusation that US doctors are profiteering amid the COVID-19 pandemic.

"You know our doctors get more money if somebody dies from Covid," Trump said at a Michigan rally on Friday, provoking immediate pushback from medical professionals.

"The suggestion that doctors -- in the midst of a public health crisis -- are overcounting COVID-19 patients or lying to line their pockets is a malicious, outrageous, and completely misguided charge," Susan R. Bailey, president of the American Medical Association, said in a statement.

During the rally in Detroit, Michigan, Obama also seized on recent remarks by White House Chief of Staff Mark Meadows that the United States is not able to control the virus. "We noticed!" Obama said, "but you know who will? Joe Biden will."

Biden now leads Trump by clear margins in Michigan and Wisconsin, and by slight margins in North Carolina and Arizona, CNN polls conducted between Oct 23 and 30 showed. Trump won the four key states in 2016.