Truss doubles down on economy shake-up 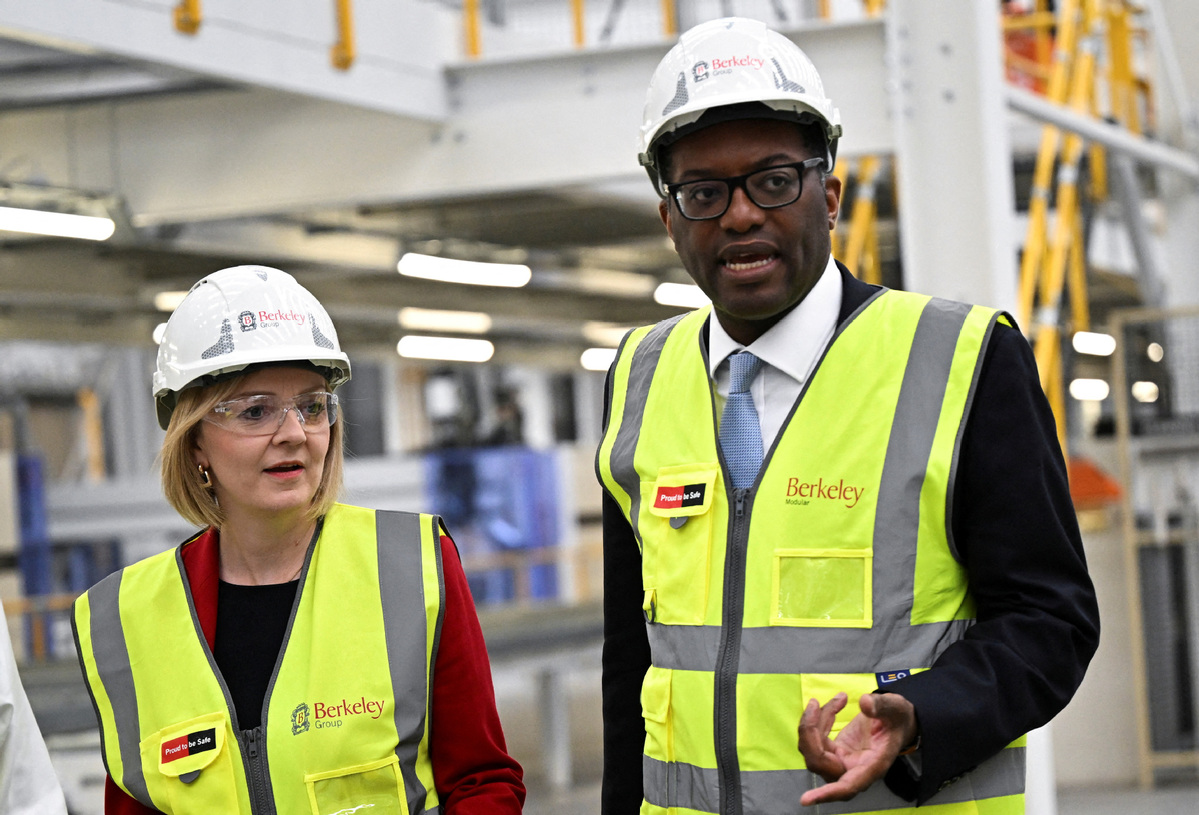 British Prime Minister Liz Truss insisted her government has "done the right thing" despite the huge economic turbulence caused by the "mini-budget" unveiled by Chancellor of the Exchequer Kwasi Kwarteng last week, and has given every indication that she intends to push ahead with the controversial policies.

Tax cuts in the package led to fears about increased government borrowing, causing the pound to slide in value. Interest rates are widely tipped to go up again, adding greatly to the costs of mortgage repayments as households are already struggling with the cost of living crisis and increased fuel bills, and the Bank of England was forced to step in with a government bond-buying program after some pension funds came close to collapse.

Truss has been in office less than a month, with 10 days of her reign having seen political shutdown because of the death of Queen Elizabeth II, and Parliament currently being in recess. But her first major action as leader, reversing many of the economic policies of the previous government, has caused a storm that has drawn global attention.

Larry Summers, a former United States Treasury secretary, told the BBC the situation was "very ominous". "I can't in all honesty remember a time when a set of policy announcements from a G7 country elicited so negative a response both from markets and from economic experts," he said.

The International Monetary Fund also felt the need to speak out, saying "the nature of (United Kingdom) measures will likely increase inequality", and calling on the government's next scheduled economic update on Nov 23 to be "an early opportunity for the UK government to consider ways to provide support that is more targeted and reevaluate the tax measures, especially those that benefit high income earners".

Truss also drew criticism for not coming out to defend the policies until a series of interviews with local BBC radio stations on Thursday morning, where she reinforced her position, saying "urgent action" and "controversial and difficult decisions" had been needed because of the seriousness of the situation.

"What is important to me is we get our economy moving, we make sure that people are able to get through this winter and we are prepared to do what it takes to make that happen," she added.

Any thought that appearing on local media outlets rather than national ones might have been a way to avoid tough questions was soon dispelled, however, as the prime minister was faced with questions sent in by listeners, including "When will I ever feel hope again?" on BBC Leeds.

When she repeatedly tried to establish a connection between the conflict in Ukraine and the UK's economic situation, a BBC Bristol presenter said: "So, the Bank of England's intervention was the fault of Vladimir Putin, was it?" And when talking about curbs on energy bills, a presenter on BBC Stoke said: "You've done this yourself. This isn't to do with external forces. This is about your mini-budget and what it's done to the economy."

Truss' position was also backed up by Chris Philp, UK Treasury chief secretary, who told Sky News that "global volatility" was to blame for the UK's financial disarray, not Kwarteng's announcements last Friday.

"The Bank of Japan made an intervention in their currency market a few days ago — and we're responding to these same global forces by the government."

When asked if there was any likelihood of a policy U-turn, he replied: "No, getting Britain's economy growing is so important."