Europeans' trust in institutions has plummeted amid the COVID-19 pandemic, especially towards national governments, which are now less reliable, in the eyes of EU citizens, than the European Union, a study suggests.

Between April 2020 and March 2021, the survey by Eurofound, the EU agency for improving living and working conditions in the bloc, asked an overall sample of 138,629 EU citizens about their trust in different institutions, including the news media, the police, national governments and the EU. 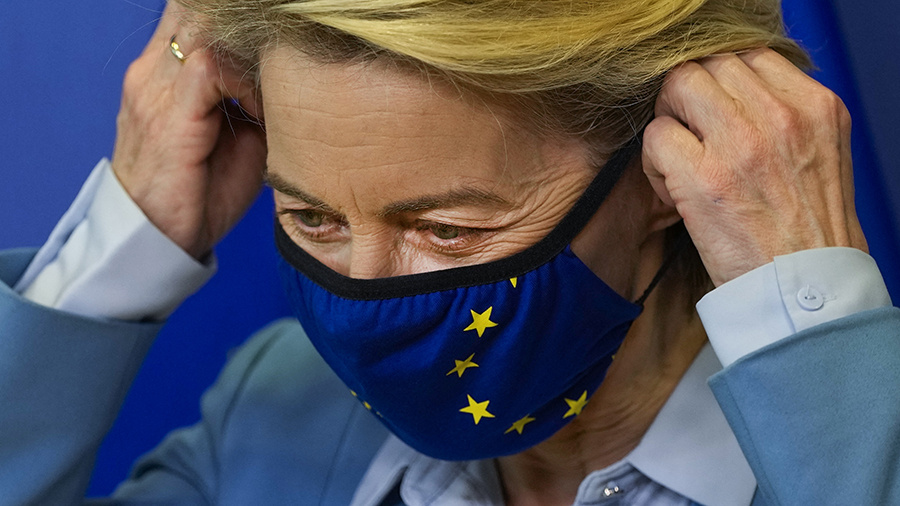 The Eurofound's survey confirms a historical trend that Europeans trust the EU as a organization more than their national governments. (Photo: AFP)

What the researchers found is that trust in national governments fell from 4.6 in summer 2020 to 3.9 in spring 2021, with 14 EU member states experiencing a significant drop since 2020, including Bulgaria, Croatia, the Czech Republic, Cyprus, Greece and Poland.

The most dramatic drop in trust happened in Austria, initially praised for its handling of the pandemic but then criticized over its vaccine purchases.

The only exception was Denmark, where support for the government remained steady through the pandemic, followed by the second highest level of support by Finland. 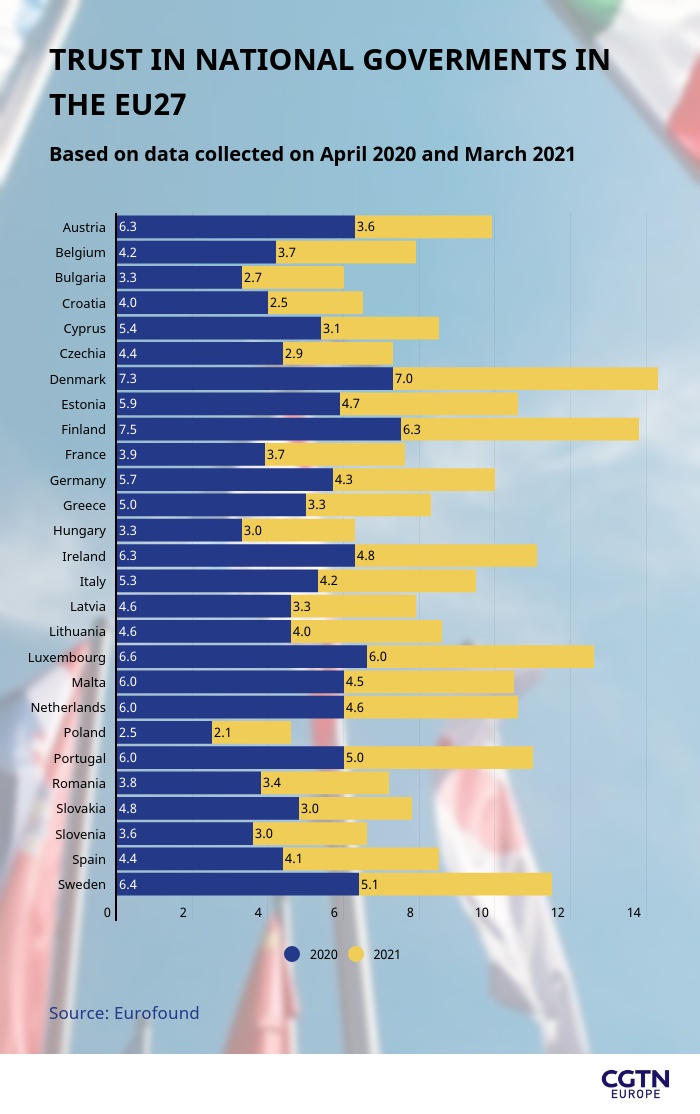 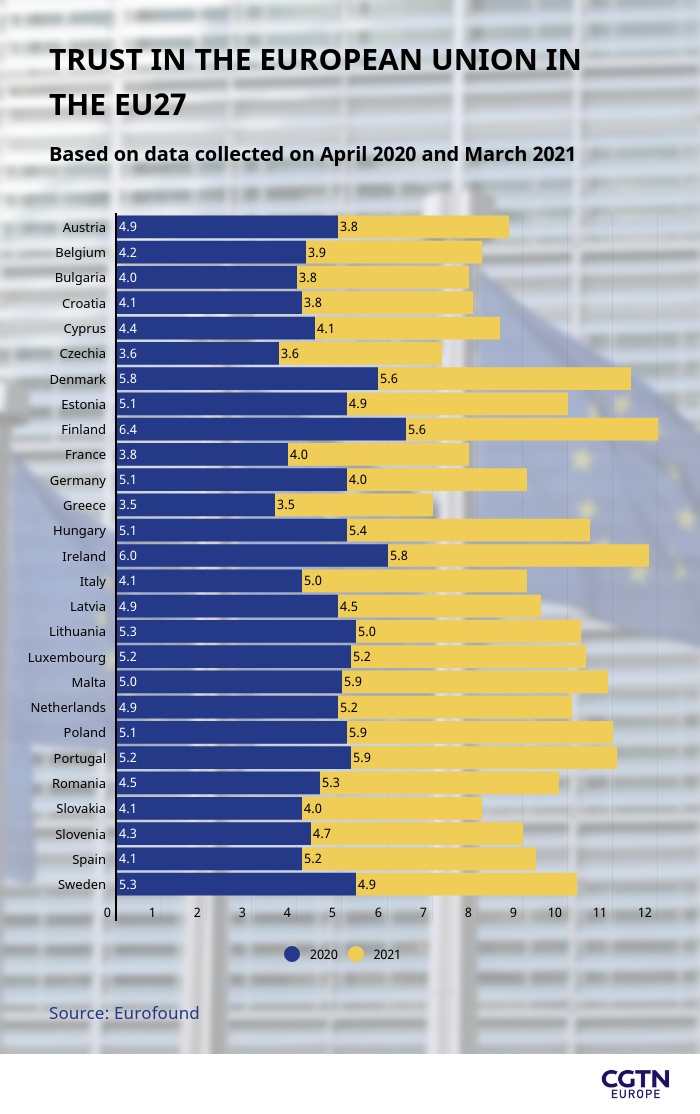 While faith in the EU also decreased during the pandemic, significantly in a country like Germany, possibly over criticism of the bloc's vaccine purchasing and supplying strategy.

"The future of Europe debate has an important role to play in reaching out and listening to citizens' concerns particularly as the EU recovers from the pandemic and moves to a greener, more digital EU economy," the survey said.

Eurofound warned that rising inequalities among citizens risk undermining the trust of Europeans in their institutions, and policymakers have a duty to prevent those impacted by the COVID-19 crisis to fall further behind.