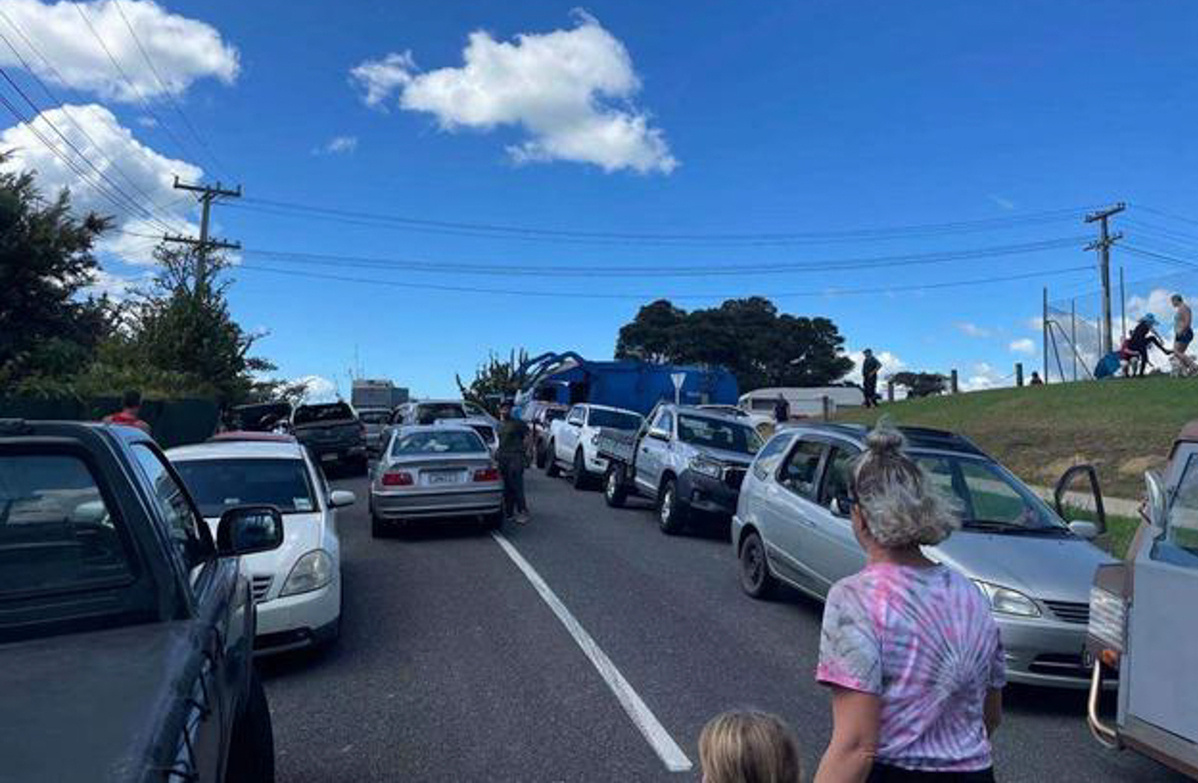 WELLINGTON, New Zealand-One of the strongest earthquakes to hit the South Pacific in modern history triggered tsunami warnings and forced thousands of people in New Zealand to evacuate coastal areas on Friday.

The magnitude 8.1 quake in the Kermadec Islands region about 1,000 kilometers from New Zealand's two main islands was the largest in a series of temblors over several hours, including two earlier quakes that registered magnitude 7.4 and magnitude 7.3.

The tsunami threat caused traffic jams and some chaos in New Zealand as people scrambled to get to higher ground.

Residents recorded videos of small wave surges in some places, including at Tokomaru Bay near Gisborne. In the afternoon, the National Emergency Management Agency said the threat had passed and people could return to their homes, although they should continue avoiding beaches.

One of the earlier quakes hit much closer to New Zealand and awoke many people as they felt a long, rumbling shaking. "Hope everyone is OK out there," New Zealand Prime Minister Jacinda Ardern wrote on Facebook during the night.

After the largest quake, civil defense authorities in New Zealand told people in some coastal areas to immediately get to higher ground. They said a damaging tsunami was possible, and waves could reach up to 3 meters.

"They felt the long or strong earthquakes and they knew to grab their bag and head into the highlands," she said. "I can only thank and acknowledge the tireless efforts of the men and women from up and down the coast who knew how to act, when to act, and what to do."

The Pacific Tsunami Warning Center cautioned the quake could cause tsunami waves of up to 3 meters in Vanuatu and up to 1 meter in Tonga, other South Pacific islands, and Latin America's Pacific coast.

Waves of 30 centimeters above tide levels were measured by ocean gauges off the Pacific nation of Vanuatu, off Gisborne, New Zealand, and off an Australian island. Smaller waves were measured elsewhere in the South Pacific.

The US Geological Survey said the strongest quake was centered near the Kermadec Islands at a depth of 19 km.

Although the islands are uninhabited, New Zealand has built research and accommodation facilities there and often had scientists cycling through until the coronavirus hit last year and it halted the program.

But a large group of more than 100 people including scientists and students was due to stay on the islands this week, until they were forced to cancel because of a virus lockdown in Auckland, said a spokesperson from the Department of Conservation.

The USGS said in a report the quake occurred at the intersection of the Pacific and Australia tectonic plates and eclipsed the largest quake previously recorded along the fault line, a magnitude 8.0 in 1976.