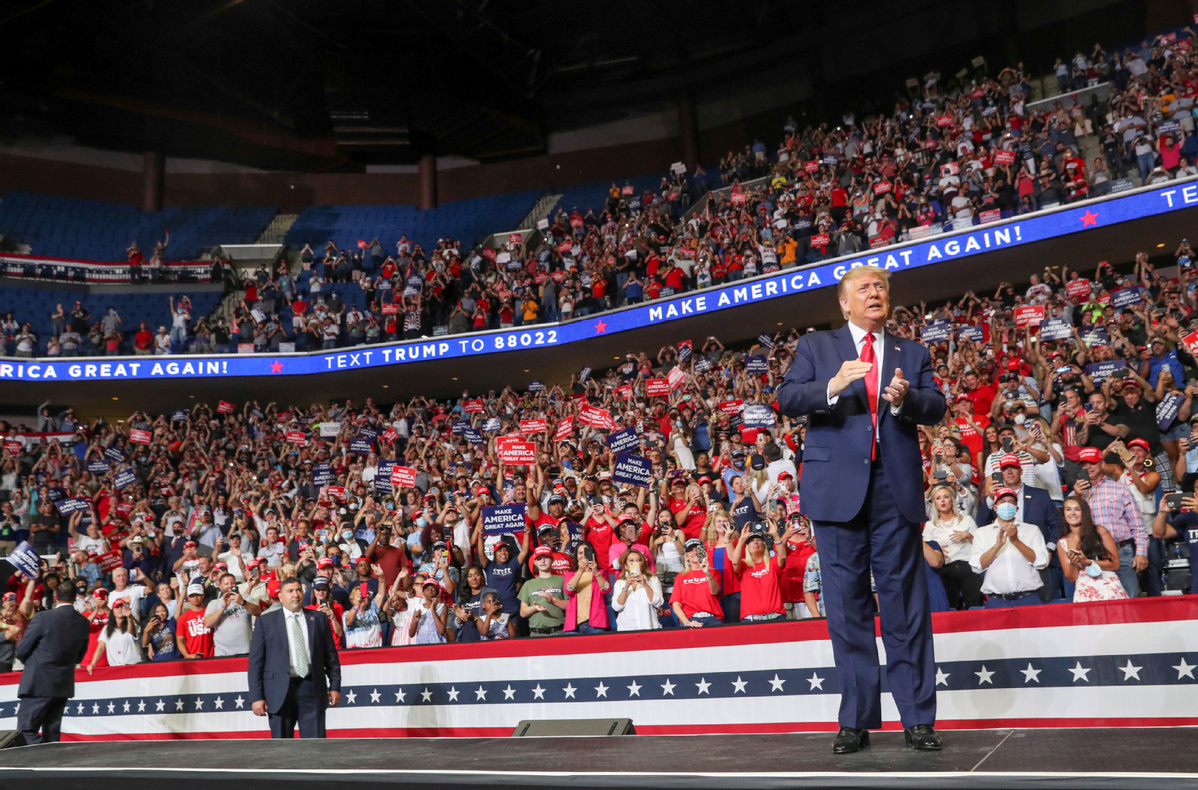 US President Donald Trump reacts to the crowd as he arrives onstage at his first re-election campaign rally in several months in the midst of the coronavirus disease (COVID-19) outbreak, at the BOK Center in Tulsa, Oklahoma, US, June 20, 2020. (Photo: Agencies)

Donald Trump's controversial rally and other mass events in Tulsa last month "more than likely" contributed to a local surge in coronavirus cases, health authorities in the southern US state of Oklahoma said Wednesday.

Tulsa County has seen record daily new COVID-19 cases this week, including 266 on Wednesday, after having witnessed a decline over the previous two weeks.

Pressed on whether this explosion in new infections was due to Trump's June 20 meeting, Tulsa health department director Bruce Dart said it was "more than likely" that "significant events in the past few weeks" had contributed.

Several thousand supporters of the US president defied the pandemic to attend the rally last month, which was hyped as a major campaign relaunch ahead of the November election.

Although the attendance fell far short of the Trump campaign team's predictions, the indoor gathering drew criticism for a lack of social distancing and its failure to mandate the wearing of masks.

"The past two days we've had almost 500 cases, and we know we had several large events a little over two weeks ago, which is about right," said Dart. "So I guess we just connect the dots."

People infected with COVID-19 can take around two weeks to display symptoms.

Attendees' temperature was taken at the entrance to Trump's rally, and masks distributed, but the majority of participants did not wear one.

Several members of the Republican billionaire's campaign team tested positive for the coronavirus before and after the rally, as did Secret Service agents.