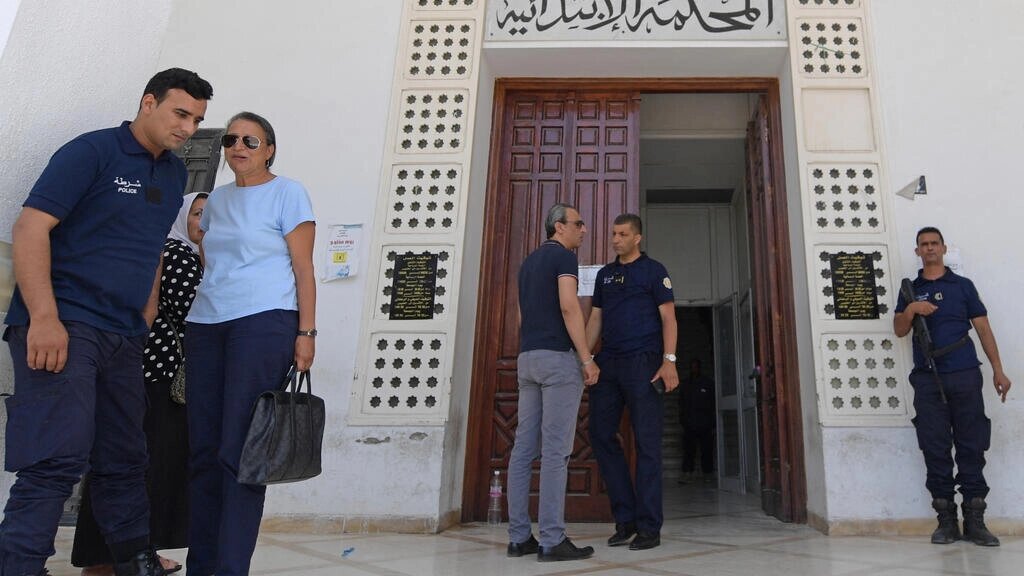 Police officers stand at the entrance to the Ariana tribunal near the Tunisian capital Tunis on June 6, 2022, after judges launched a week-long strike. /AFP

Tunisian judges made a decision to extend their national strike for a fourth week in protest against a decision by President Kais Saied to sack dozens of them, a joint statement by the judges unions in the country said on Saturday.

It said the fourth week of the strike will start on June 27.

Tunisian President Kais Saied issued a presidential decree on June 1 to dismiss 57 judges over corruption and covering up terrorist cases.