Tunisia's "Salvation Front" opposition coalition called for President Kais Saied to quit office, saying he had lost his legitimacy after Saturday's parliamentary election had a preliminary turnout figure of less than nine percent. 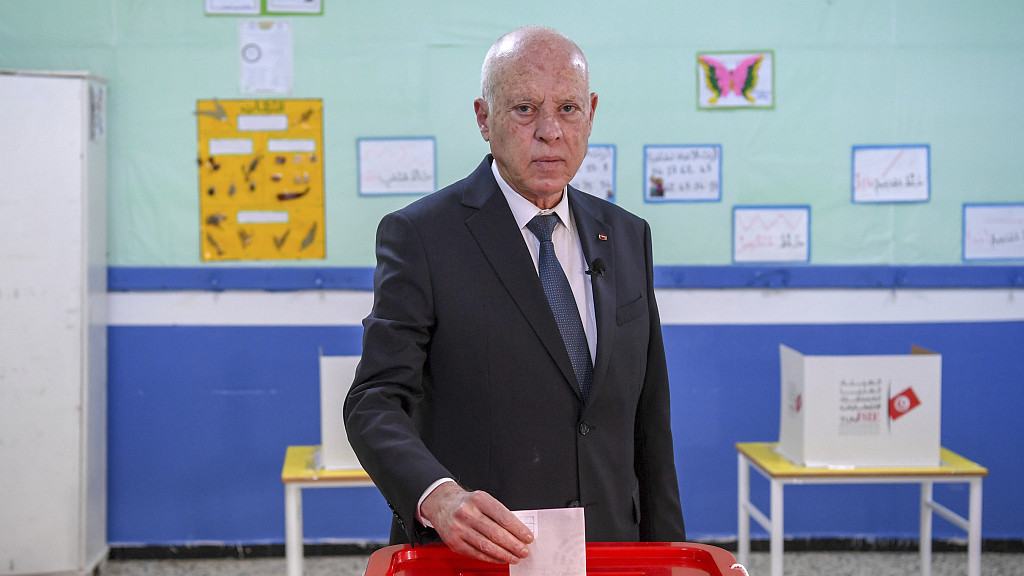 Tunisia's President Kais Saied casts his ballot as he participates in the legislative elections in Tunis, Saturday, December 17, 2022. /CFP

The election was part of a series of political changes made by Saied after he shut down the previous parliament last year and then rewrote the constitution in moves his critics have called a coup.

The Front, made up of several political parties including the Islamist Ennahda which was the biggest party in the previous parliament, called for "massive protests and sit-ins" to demand fresh presidential elections.

Although opposition groups have previously attacked Saied's political program, they had not previously said he should quit office.

"What happened today is an earthquake," said Front leader Nejib Chebbi. "From this moment we consider Saied an illegitimate president and demand he resign after this fiasco," he said.

He added there should be a short transitional period under a judge followed by presidential elections and a national dialogue.

Saied has presented his political changes as necessary to save Tunisia from years of political and economic crisis.