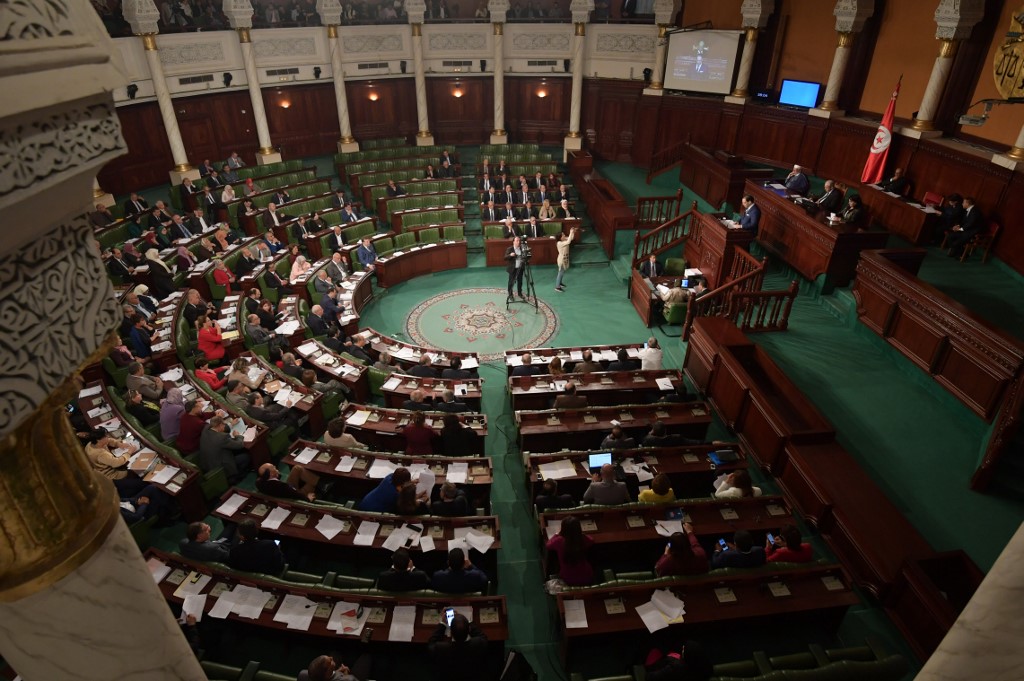 A general view shows a plenary session at the Tunisian parliament in the capital Tunis on November 12, 2018. (Photo: AFP)

"No candidate was able to obtain 145 out of the 217 votes required to become a member of the constitutional court," said the parliament speaker Mohamed Ennaceur in a plenary session at the parliament's headquarters.

This is the seventh time in a row the Tunisian parliament has failed to elect the three remaining members of the constitutional court, after the election of a single member, Judge Rawda al Wersigni, in March 2018.

To create the Constitutional Court, the parliament, the president, and the Supreme Judicial Council, an independent body overseeing the appointment and promotion of judges, must each appoint four of the 12-judge panel.