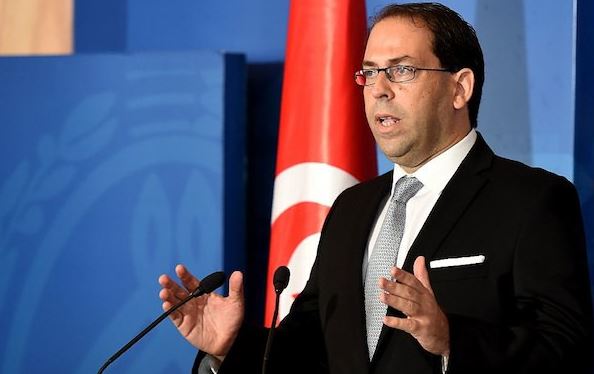 TUNIS, Aug. 9 (Xinhua) -- Tunisian Prime Minister Youssef Chahed said on Friday that he has no plan to leave his current position as the head of the government, just after submitting his candidacy papers for the presidential elections scheduled for September.

In a brief statement, Chahed confirmed that he will continue to assume his responsibilities as the Tunisian prime minister until the end of his term.

"My resignation from the presidency of the government imperatively implies the resignation of all its members," he said, adding it would be a wrong step in the light of the current challenges facing the country.

On Friday morning, Chahed arrived at the headquarters of the Independent High Authority for Elections to submit his candidacy papers.

"The position of President of Tunisia is a great responsibility, which requires clean hands," he told reporters.

"Tunisia needs a president who breaks with the old legal system and old mentalities and practices," the Tunisian prime minister noted.

Chahed has been at the head of the current Tunisian government since August 2016.