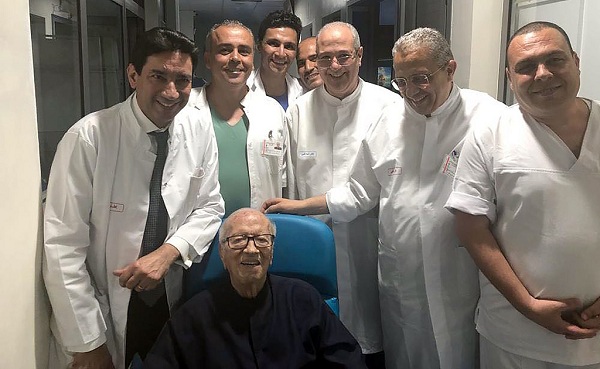 A handout picture provided by the Tunisian Presidency shows Tunisian President Beji Caid Essebsi surrounded by his doctors on July 1, 2019 in Tunis before leaving the hospital to return home after a hospitalisation of five days. (File Photo: AP)

This is the third time that Essebsi was admitted to the military hospital in over a month.

He was taken to the hospital on June 21 for medical examinations over a sudden indisposition diagnosed "as not dangerous."

Born in November 1926, Essebsi took over the Tunisian presidency after winning the 2014 presidential election.