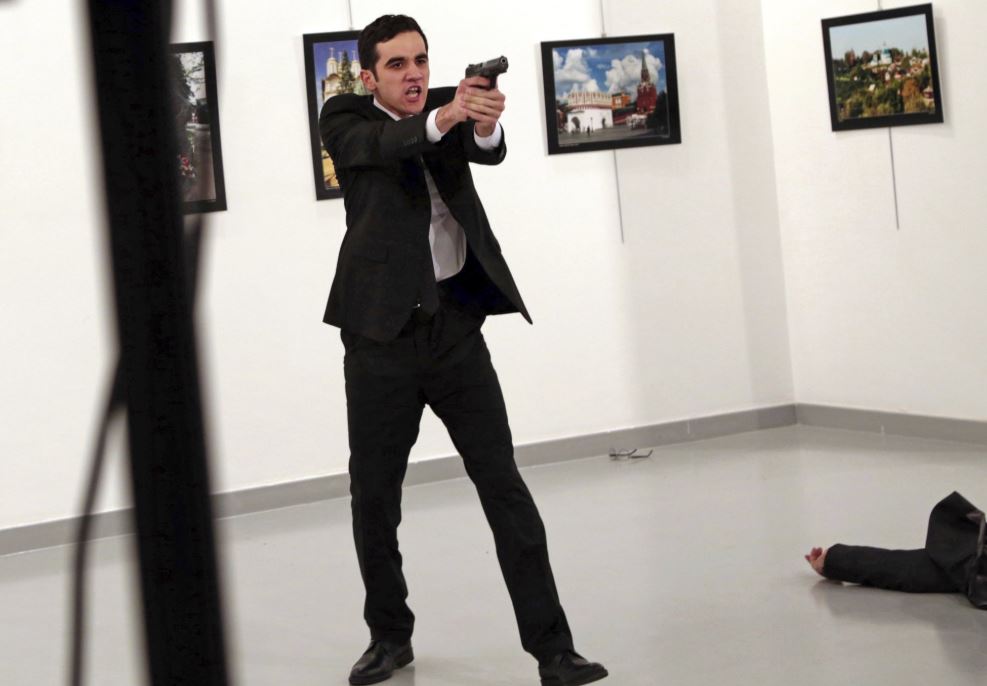 The trial of 28 people accused of roles in the assassination of Russia’s ambassador to Turkey opened Tuesday in Ankara, among them a US-based Muslim cleric whom Turkey blames for a failed coup the same year.

An off-duty police officer, Mevlut Mert Altintas, fatally shot Russian Ambassador Andrei Karlov at a photo exhibition in the Turkish capital on Dec. 19, 2016. Other officers later shot and killed the gunman at the scene.

Turkish prosecutors concluded that a network led by Muslim cleric Fethullah Gulen was behind Karlov’s slaying and the attack was meant to derail warming ties between Turkey and Russia.

They have charged 16 of the defendants, including Gulen, with “violating the constitutional order,” ″membership in a terror organization” and “premeditated murder with the intention of causing terror.” Prosecutors are seeking life prison sentences for those convicted.

Twelve others face maximum 15-year terms on charges of membership in a terror group.

Gulen, who has lived in the United States since 1999, has denied involvement in the coup or the Russian diplomat’s assassination.

Other defendants include former police officers, the photo exhibit’s organizer, a former Turkish intelligence agent and a former Turkish newspaper columnist who also now lives in the United States.

Serif Ali Tekalan, the former president of a Gulen-linked university and the current president of North American University in Texas, also is among the 28 suspects.

Fourteen of the defendants appeared in court on Tuesday, while four others were connected to the courtroom by a video link from separate prisons. Gulen and several others are being tried in absentia.

Six of the defendants, including ex-police officers who attended the same police academy as the gunman, gave testimony Tuesday. They denied links to Gulen.

A court in April issued arrest warrants for Gulen and seven other people in connection with the killing. Turkey is seeking Gulen’s extradition from the United States.

Associated Press photographer Burhan Ozbilici won the 2017 World Press Photo competition for his image of the gun-wielding policeman standing over the body of the Russian ambassador immediately after he shot Karlov.