WORLD Turkey authorises use of own Turkovac vaccine

Turkey authorises use of own Turkovac vaccine 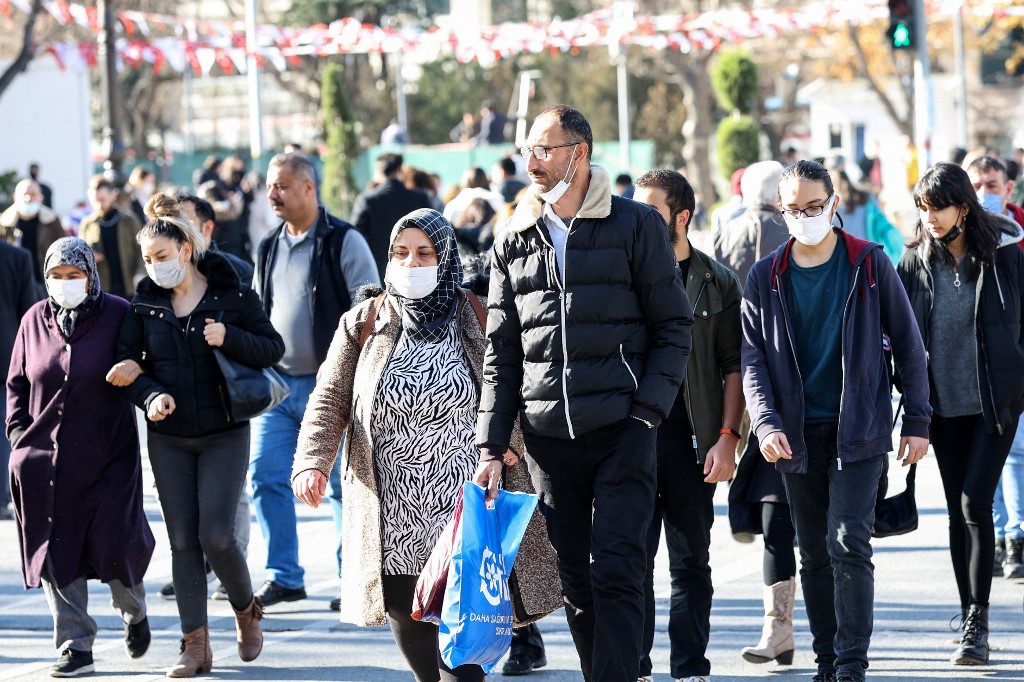 Pedestrians wearing face mask walk on a street in Ankara, on December 12, 2021, amid the Covid-19 pandemic. (Photo: AFP)

Turkovac in June entered Phase III trials involving 40,800 participants in Turkey. No official data about its efficacy have been released.

But the health ministry’s coronavirus advisory board member Ates Kara told Turkish media that it was "very successful" and could be "a little better in comparison with other inactivated vaccines".

"No individuals vaccinated with Turkovac have had a severe form of Covid-19 requiring hospitalisation or intensive care so far," Kara was quoted as saying last weekend.

Developers said the Turkovac vaccine works along the same scientific principles as China's Coronavac, which Turkey has been using since the start of the year.

Hosting a major summit of African leaders, Erdogan last weekend pledged to send 15 million vaccine doses to countries in the world's poorest continent, calling the low vaccination rates there were a blot on humanity.

"We will be pleased to share this vaccine with all humanity," he said Wednesday in televised remarks.