The Turkish army has completed all preparations for a military operation in the east of Euphrates River in Syria to establish a safe zone, Turkey's Defense Ministry said on Tuesday. 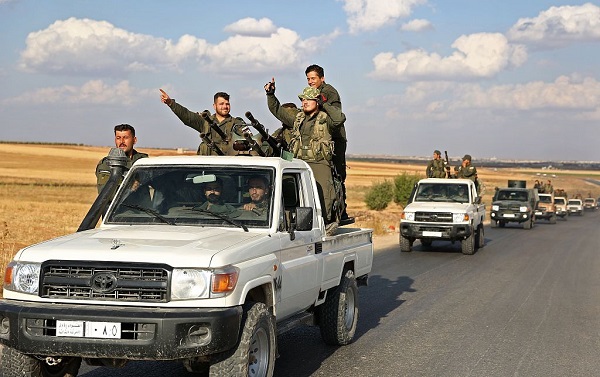 "The establishment of a Safe Zone/Peace Corridor is indispensable for Syrians to have a safe life by contributing to the stability and peace of our region," the ministry said on Twitter.
"Turkish Armed Forces will never tolerate the creation of a terror corridor at our borders. All preparations for the operation have been completed," said the ministry.
Turkey has already made its decision for clearing northern Syria of "terrorists," Turkish President Recep Tayyip Erdogan said on Monday, vowing to launch a military campaign into the east of Euphrates at any moment.
He announced that U.S. troops have started withdrawing from northern Syria after he held a phone conversation with his U.S. counterpart Donald Trump late on Sunday.
"Turkey will soon be moving forward with its long-planned operation into northern Syria," White House Press Secretary Stephanie Grisham said in a statement, noting that the U.S. would not intervene in a Turkish offensive.
Erdogan had earlier said the operation could come at any moment "without warning." 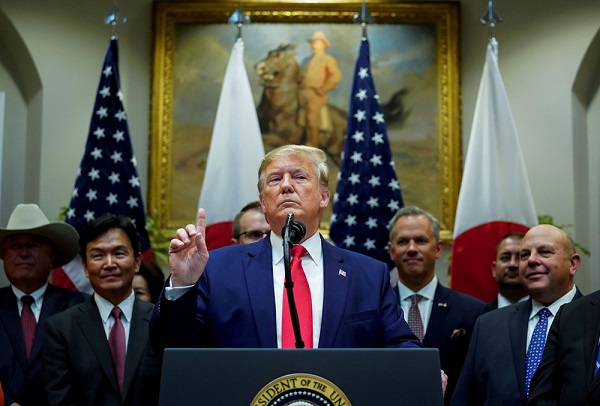 U.S. President Donald Trump speaks about Turkey and Syria during a formal signing ceremony for the U.S.-Japan Trade Agreement at the White House in Washington, October 7, 2019.

The People's Protection Units (YPG), which controls the east of the Euphrates, was a key partner of the United States in the fight against ISIL, but Ankara considers it as a "terrorist" offshoot of the outlawed Kurdish Workers' Party (PKK) in Syria.
Trump's move to order the withdrawal of U.S. troops from Turkey's border with Syria was seen by critics as an abandonment of Kurdish forces. But there was confusion later on Monday when Trump tweeted that he would "obliterate" Turkey's economy if it did anything he did not like.
The White House also said Turkey would be responsible for thousands of ISIL prisoners currently held in Kurdish detention centers.

Iran's Foreign Minister Mohammad Javad Zarif on Monday backed Syrian sovereignty and opposed Turkey's military action in a phone call with his Turkish counterpart Mevlut Cavusoglu.
"Zarif opposed military action and emphasized respect for Syria's territorial integrity and national sovereignty and the need to fight terrorism and bring stability and security to Syria," Iran's state broadcaster IRIB reported.
Ankara says it wants a "safe zone" along northern Syria that will act as a buffer against Kurdish forces and also allow the return home of up to two million Syrian refugees. It has previously launched two cross-border offensives against ISIL in 2016 and the YPG in 2018, with the support of Syrian rebels.
(With input from agencies)