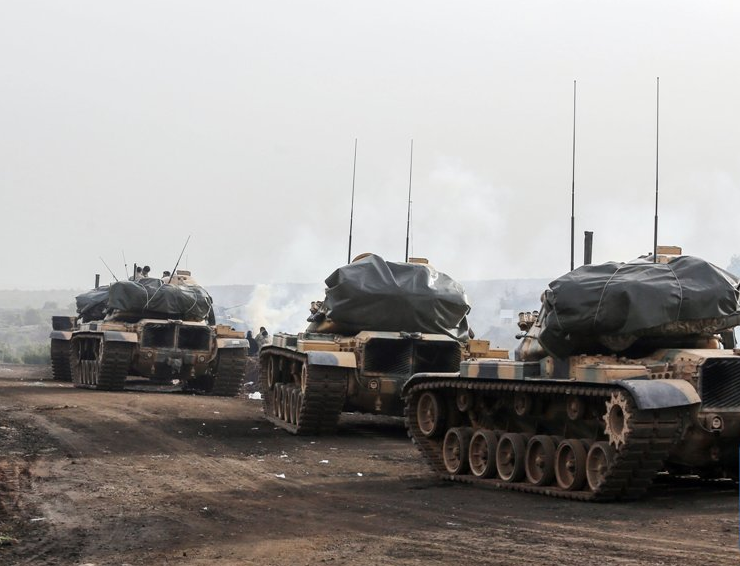 DAMASCUS, Feb. 26 (Xinhua) -- Turkey has cut off water supply to Syria's northeastern city of Hasakah over the past two days, the pro-government al-Watan newspaper reported on Wednesday.

The Turkish forces have stopped the pumping of water from the Allouk water station, located near the Syrian-Turkish border and close to the Turkey-controlled Ras al-Ayn city in the northern countryside of Hasakah, according to the report.

The measure has prevented water from reaching hundreds of thousands of people in Hasakah, the report added. It said the Turkish soldiers stormed the station on Monday night and threatened the workers there.

Tension has heightened between the Syrian and Turkish forces in northern Syria.

A day earlier, the Syrian army captured the town of Kafr-Nubul in Idlib province in northwestern Syria from the Turkey-backed rebels.

The Turkish forces have started an operation against the Kurdish forces in northeastern Syria since October.

The Turkish forces have also been engaged in battles with the Syrian forces in Idlib province, where the Turkey-backed rebels enjoy considerable sway.

Two months ago, the Syrian army launched an offensive in Idlib after Turkey failed to live up to the pledges it made with Russia in 2018 about the withdrawal of ultra-radical groups from Idlib.