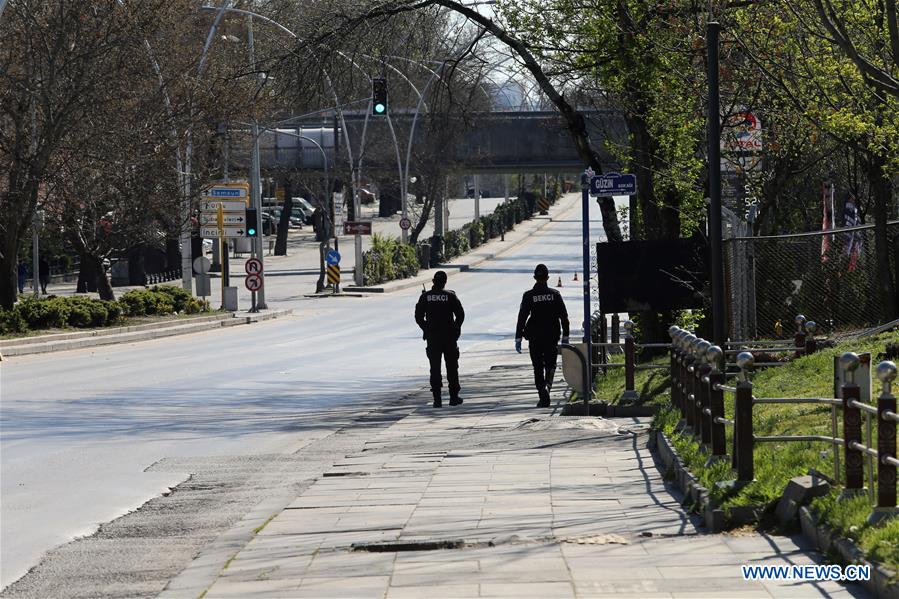 Security personnel patrol on a street under a curfew in Ankara, Turkey, on April 12, 2020. (Photo: Xinhua)

ISTANBUL, April 13 (Xinhua) -- Turkish President Recep Tayyip Erdogan on Monday announced a new two-day curfew which would be put into effect on April 17 to curb the spread of COVID-19.

Speaking in Istanbul after attending a cabinet meeting via teleconference, Erdogan said the lockdown would start at midnight on Friday and would last until midnight on April 19.

"We decided to continue to impose these bans if necessary," the Turkish leader added.

Erdogan stated that the country recorded significant progress in controlling the pandemic thanks to the measures.

He also noted that two new hospitals are being established in the Hadimkoy neighborhood of Istanbul and Derince district of the Kocaeli provinces with a total of 350 bed-capacity.

"We will open the first phase of the Basaksehir City Hospital (in Istanbul) on April 20 and the second part on May 15," he said. The hospital will have a 2,862-bed capacity when completed.

Turkey has so far recorded a total of 61,049 confirmed cases and 1,296 death, according to the data released by the Health Ministry on Monday.