WORLD Turkey draws closer to EU amid worsening ties with US

Turkey draws closer to EU amid worsening ties with US 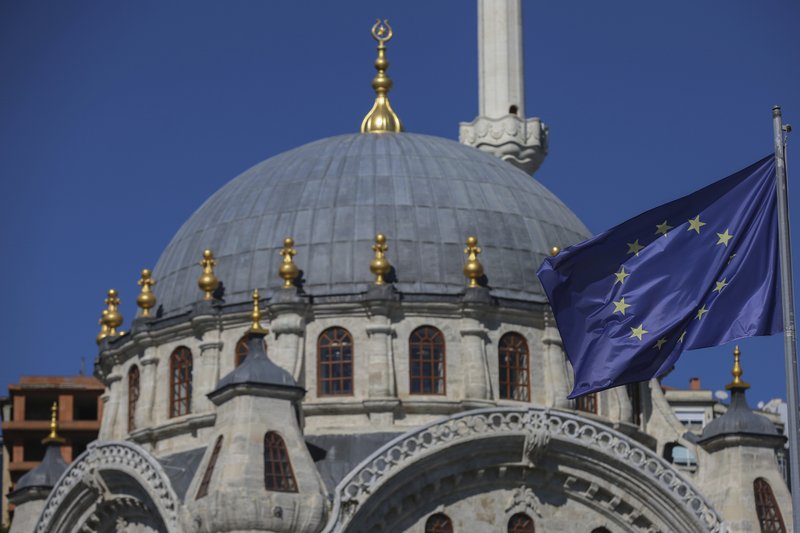 As the Turkish-US ties remain deeply strained, Ankara's relationship with Europe is steadily warming, where cooperation seems to have taken the upper hand over confrontation.

Turkish President Recep Tayyip Erdogan is scheduled to pay a state visit to Germany in late September, the first of its kind in four years.

Meanwhile, the Turkish leader is also likely to host a summit between France, Germany and Russia, in the absence of the United States, to discuss the Syria issue.

In August, the Netherlands restored full diplomatic relations with Turkey, after over a year of a bitter political spat between the two countries.

Relations between Turkey and Europe have been in the deep freeze for more than two years.

Erdogan frequently engaged in rhetoric aimed at infuriating European leaders in the wake of a failed military coup designed to topple his government in June 2016.

In response, European leaders targeted Turkey's political system, which has been changed gradually by popular vote toward an executive presidency with less checks and balances.

However, Brussels and Ankara have recently found themselves on the same page against U.S. President Donald Trump's protectionist policies, signalling a common stance in the face of a bullying trade partner.

Turkey and the EU have also found common ground in opposing the US unilateral withdrawal from the 2015 international agreement on Iran's nuclear program. Turkish companies, like their European counterparts, are facing American sanctions for trading with Iran.

Neverthelss, analysts say the hope for Turkey to return to the path of a full membership to the European bloc remains misplaced, and a realistic approach should still be given priority.

"Until there is a common ground on that (Turkey's full membership of the EU), we should concentrate on areas such as trade, common foreign and security policy and energy cooperation," Bahadir Kaleagisi, an EU expert from the Turkish Industry and Business Association, told Xinhua.

Kaleagisi pointed to the choice of differentiated integration, a close relation between core members and candidate countries, for Turkey's decades-long attempts to join the EU.

The Turkish expert suggested "the upgrade of the 1995 Turkey-EU customs union," saying it is "a good opportunity to revive bilateral relations."

In Turkish streets, there are also calls for better relations with Europe, especially in trade, even as the domestic economy shows signs of weakness amid the current volatility of Turkish currency lira, which has lost more than 40 percent of its value against the U.S. dollar since the start of this year.

"We have to find a way where we could cooperate more on trade and economy in these difficult times when the lira is so weak and makes us all suffer because Turkey is very dependent on foreign purchases," Veysi Sargin, a shop owner on the busy Tunali Hilmi Avenue in downtown Ankara.

On the Turkish side, Erdogan remains committed to mega-construction projects, including one of the world's largest airports and a major canal running through Istanbul, Turkey's largest city and economic heartland.

For the EU, economic troubles in Turkey would also be undesirable, as the bloc largely depends on Turkey to keep mass Syrian refugees away from EU borders.

"Despite many problems between Turkey and the EU, they are deeply interdependent and share many historical, economic and political bonds," Sabah daily cited Muhittin Ataman, a professor of international relations at the Yildirim Beyazit University as saying.

"Under these new circumstances, Turkey and the EU will redefine their bilateral relations according to a realist approach and develop a strategic partnership," he noted.