The leaders of Turkey, Germany, France, and Britain discussed issues, including the latest situation in Syria's northern province of Idlib and the COVID-19 outbreak, at a televised meeting on Tuesday. 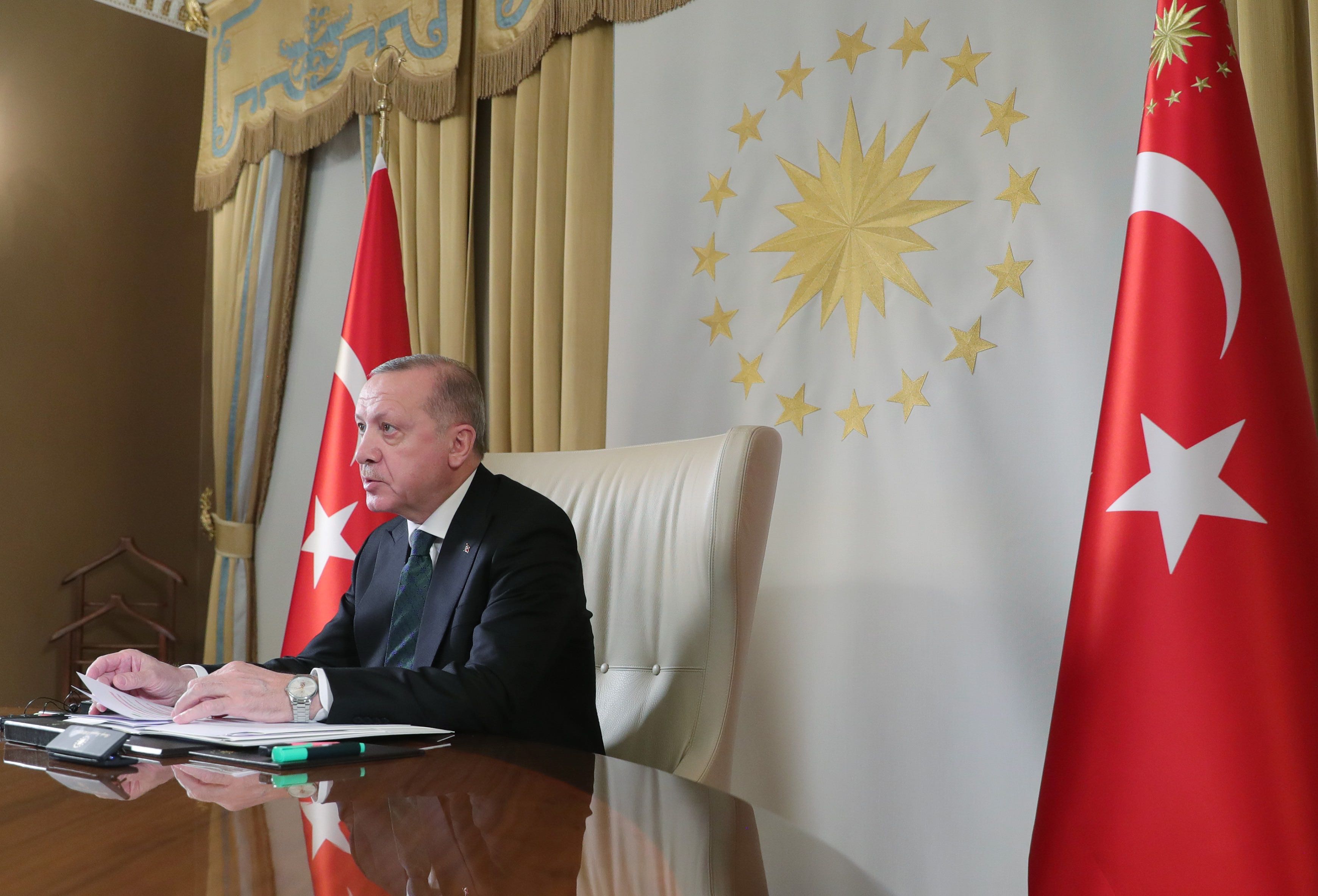 The possible joint measures against the outbreak of the novel coronavirus were also on the agenda of the leaders, according to Anadolu.

Additionally, the leaders addressed the situation of illegal immigrants on the border of Turkey and Greece, it added.

Thousands of illegal immigrants flocked to Turkey's northwestern border province of Edirne after the Turkish government said it would no longer keep them from going to Europe.

The summit between the leaders was supposed to be held in Istanbul, but cancelled because of the spread of the coronavirus