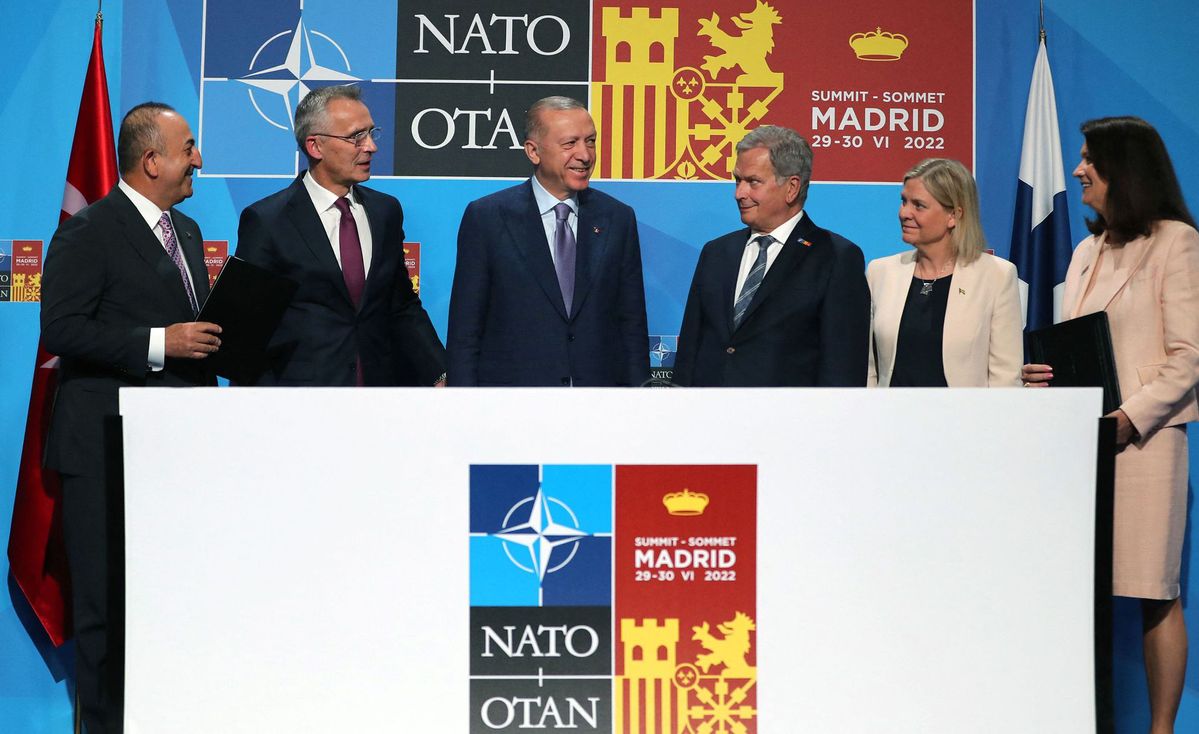 Turkey changed its position and agreed to support Sweden and Finland's NATO membership applications on Tuesday during the ongoing NATO Summit in Madrid, while conflicts within the military bloc still remain.

After an extended meeting among leaders from the three countries together with NATO Secretary General Jens Stoltenberg on Tuesday afternoon, a trilateral memorandum addressing Turkey's security concerns was agreed and signed, paving the way for the two Nordic states' NATO membership applications.

"I am pleased to announce that we now have an agreement that enables Sweden and Finland's membership in NATO," said Stoltenberg at a press conference on Tuesday night, explaining that the deal includes agreements on arms exports and a joint fight against terrorism.

"This will strengthen NATO, and it will also strengthen Sweden and Finland", said Stoltenberg, adding that now is the time for the 30 different parliaments to make a decision. According to NATO, all 30 members must approve a country's bid for it to be accepted into the alliance.

Although several NATO countries have already approved the two Nordic states' bid in mid-May to join the military alliance, the process has proven not to be as straightforward, as Turkey soon raised objections, citing Swedish and Finnish ties with the Kurdistan Workers' Party (PKK) and Syria's Kurdish People's Protection Units (YPG) Turkey labels as terrorist groups. Ankara has also voiced dissatisfaction with the Swedish arms embargo on Turkey.

Rounds of talks have been held in the past weeks at both Ankara and NATO headquarters in Brussels which aimed to resolve differences among the two Nordic states and Turkey.

Despite Turkey's green light on Tuesday, the NATO head admitted that conflicts within the military bloc still remain.

"There will still be conflicts within the defense alliance, but we have shown the strength of our alliance ..." Stoltenberg concluded.