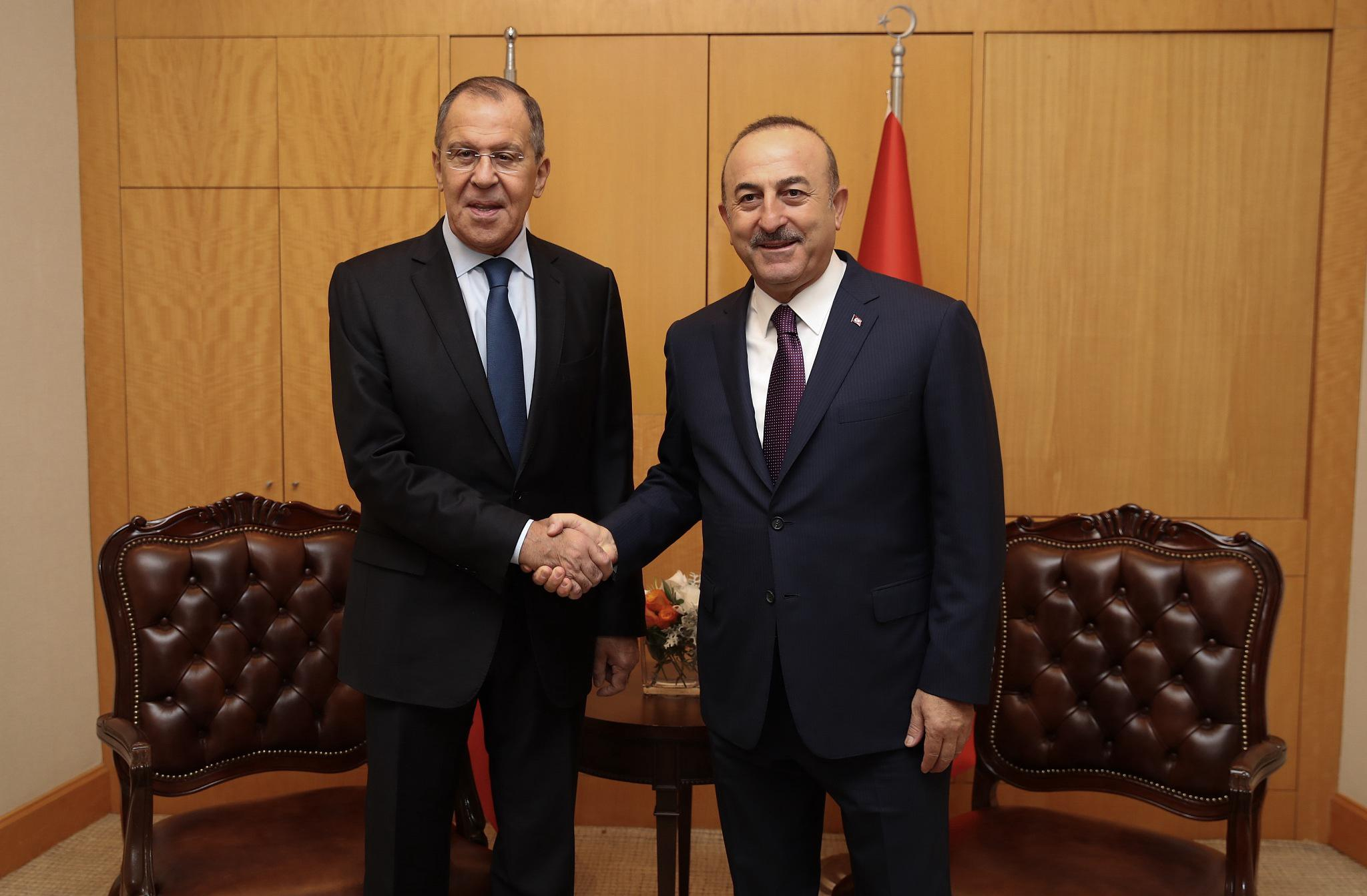 Turkish President Recep Tayyip Erdogan opened a summit in Istanbul on Saturday with the leaders of Russia, Germany and France aimed at finding a political solution to the seven-year Syrian war.

"The eyes of the world are on us today... I am convinced that we will not fail to meet their expectations," Erdogan said at the summit, which was also attended by Russian President Vladimir Putin, French President Emmanuel Macron and German Chancellor Angela Merkel.

Ahead of the summit, Erdogan met with Merkel and Putin separately, the Russian leader also spoke with Macron via phone and Turkish Foreign Minister Mevlut Cavusoglu met with his Russian counterpart Sergei Lavrov.

Russia, which supports the regime of Syrian President Bashar al-Assad, and Turkey, which backs the rebels, have held previous talks with Iran on the issue, in efforts that have often been greeted with suspicion in the West.

But Saturday's summit will be the first to bring together the Turkish and Russian leaders with the European Union's two most significant national leaders.

Turkish presidential spokesman Ibrahim Kalin said on Friday that the primary goal would be to "clarify the steps to be taken for a political solution and to determine a roadmap."

Forming a commission to create Syria's post-war constitution, seen as a stepping stone to staging elections in the war-torn country, would be a particular point of emphasis, Kalin told the state-run news agency Anadolu.

The talks will also look to extend a ceasefire around the last major rebel-held bastion of Idlib, where aid groups have warned that a military offensive could spark one of the worst humanitarian disasters of the seven-year war.

The September 17 deal for the 15-20 kilometer-wide zone came after a flurry of activity as Turkey sought to avoid an assault leading to a further influx of people across its border.

However, shelling in the area has continued intermittently, and the Syrian Observatory for Human Rights said Syrian regime artillery fire killed seven civilians in Idlib on Friday, the highest since the ceasefire deal.

China's envoy to the UN said on Friday that Syria's constitutional committee must be formed in a steady and orderly manner.

Resolving differences requires all parties to work together and meet each other half-way, said Ma Zhaoxu, China's permanent representative to the United Nations.

While forming the constitutional committee, a balance must be struck between the legitimate concerns of the Syrian government and those of the other parties in order to make it representative and acceptable to all, Ma told the Security Council.

Participants to the intra-Syrian talks in Russia's Sochi in January agreed to set up a constitutional committee for drafting a new constitution.

The international community should push for the revitalization of a Syrian-led and Syrian-owned political process in which Syria's sovereignty, independence, unity and territorial integrity must be respected, said the Chinese envoy.

Thanks to the efforts of Syrians themselves and the support of the international community, the situation in Syria remains stable and a political settlement process has maintained momentum, he noted, adding that the future of Syria will ultimately be determined by the Syrian people.

China is ready to work with the international community to facilitate the political settlement in Syria and to improve the country's humanitarian situation, he said.