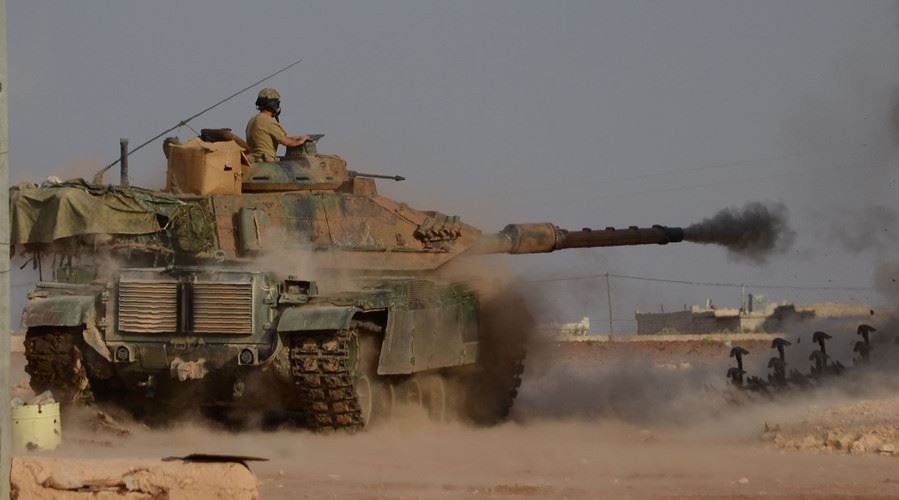 Such areas are on the frontline with Turkish-backed Euphrates Shield rebels, who were closing in to dislodge the Kurdish-backed rebels out of Manbij. (Photo: AFP)

"Mazloum Kobani is a terrorist. Therefore, it is unacceptable for our allies to meet with a terrorist ... especially having high-level talks. Such a thing cannot happen," the minister told reporters in Baku of Azerbaijan.

Ankara has issued a diplomatic note to the US officials over their plans to meet with the Syrian Kurdish leader, he added.

The US should hand him over to Ankara, Turkish President Recep Tayyip Erdogan said on late Thursday in a televised interview at TRT.

US President Donald Trump earlier voiced his plans to meet Kobani, while a group of American senators asked the State Department to provide visa documents for the YPG leader for such a visit.

Ankara sees the YPG as the Syrian offshoot of the Kurdistan Workers' Party, which is outlawed for its armed struggle against Turkey over the past three decades. But the US troops fought the Islamic State militants in Syria, with the help of the YPG fighters.

Following the recent US decision to withdraw its troops from northern Syria, Turkish soldiers launched an incursion into Syria earlier this month in a bid to drive Kurdish fighters out of the area.

Under the US-Turkey deal reached on Oct. 17 for a five-day truce, Turkey agreed to end its military operation on Tuesday. Washington mediated with the YPG during this process.