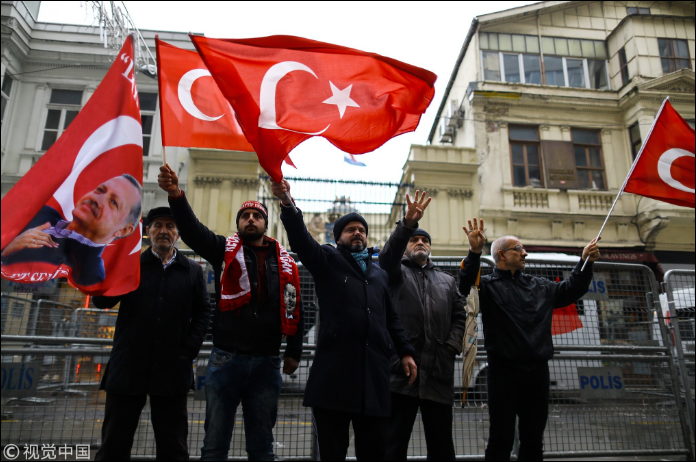 Turkey and the Netherlands have agreed to normalize ties, Turkey's foreign ministry said on Friday.

The decision was reached in a phone call between Turkish Foreign Minister Mevlut Cavusoglu and his Dutch counterpart Stef Blok, it said.

Both Turkish politicians sought to attend a Rotterdam rally of Dutch-Turkish citizens in favor of the Turkish referendum slated for April 2017.

One of the ministers, Turkey's Family Minister Fatma Betul Sayan Kayar defied the Dutch government ban, arriving by car from Germany to press for the powers of Turkish President Recep Tayyip Erdogan to be extended in the referendum.

Protests erupted in the port city as Dutch police stopped her from addressing the rally, and escorted her out of the country.

Riot police had to move in to break up an angry demonstration using dogs, horses and water cannons.

Furious Turkish officials in vain demanded an apology for the minister's treatment from Dutch Prime Minister Mark Rutte. And the Dutch ambassador, who had been abroad at the time, was blocked from returning to Turkey.

Erdogan even accused the Dutch of behaving like "fascists" in their treatment of the Turkish ministers, comments which triggered anger in the Netherlands occupied by Nazi Germany in World War II.

In February this year, the Netherlands announced the withdrawal of its ambassador to Turkey after "talks trying to normalize relations between the two countries failed," and said it would not issue permission for a new Turkish ambassador to take up duties in the country.