WORLD Turkey plans to send research ship back to Mediterranean

Turkey plans to send research ship back to Mediterranean 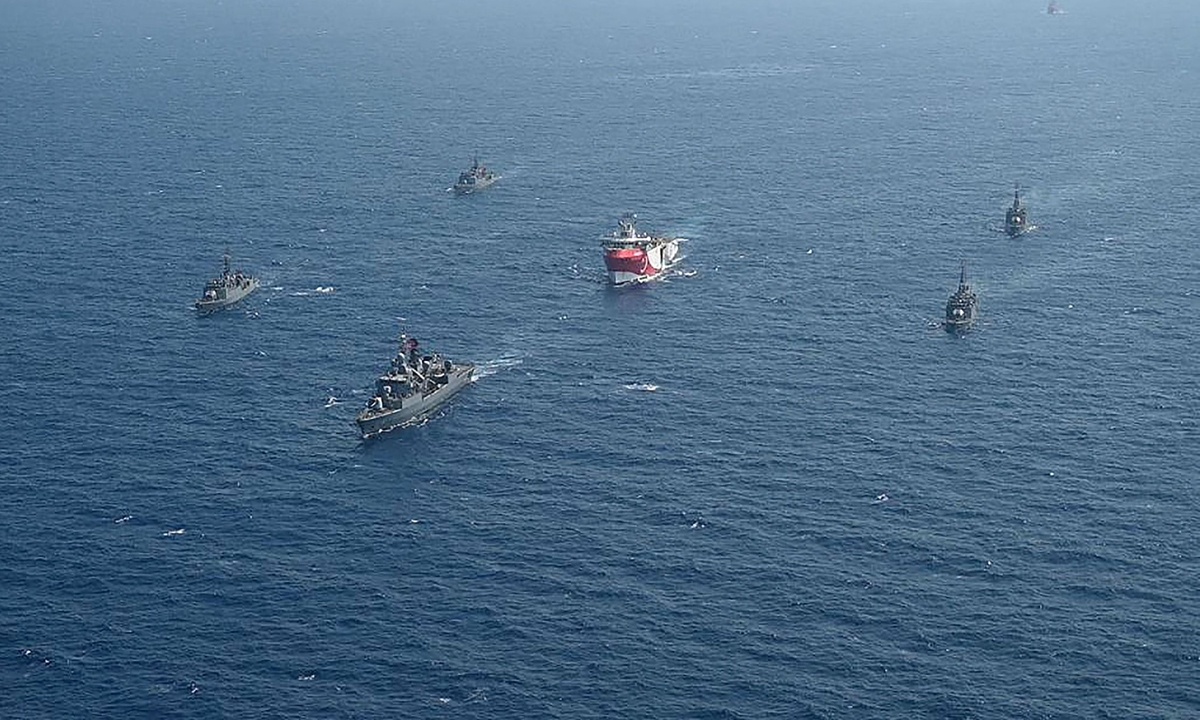 Turkey announced plans late Sunday to send the research ship at the center of an energy rights row with Greece to the eastern Mediterranean again, a move likely to reignite tensions with Athens.

The Turkish navy said the Oruc Reis vessel would carry out activities in the region, including the south of the Greek island of Kastellorizo, from Monday until October 22 in a message sent to the maritime alert system NAVTEX.

Turkey and Greece were locked in a bitter row over the exploration of gas in the eastern Mediterranean in August, which saw the two NATO neighbors stage rival air and navy drills in strategic waters between Cyprus and the Greek island of Crete.

Greece claims rights over the waters around Kastellorizo but Turkey rejects this, insisting it has greater claims to the eastern Mediterranean because it has a longer coastline.

Ankara first deployed the Oruc Reis seismic research vessel and warships to disputed waters on August 10 and extended the mission, ignoring repeated calls to stop by Athens and the European Union.

The vessel will be joined in the latest "seismic survey" mission by two other ships called Ataman and Cengiz Han, according to the NAVTEX message.

The Oruc Reis was pulled back to shore in September from waters claimed by Greece in what many hoped was a sign Ankara and Athens could resolve the crisis through talks.

Turkish President Recep Tayyip Erdogan at the time said the withdrawal was to give diplomacy a chance.

But Turkish officials also insisted the ship was only undergoing planned maintenance and would return to the eastern Mediterranean to continue its work.