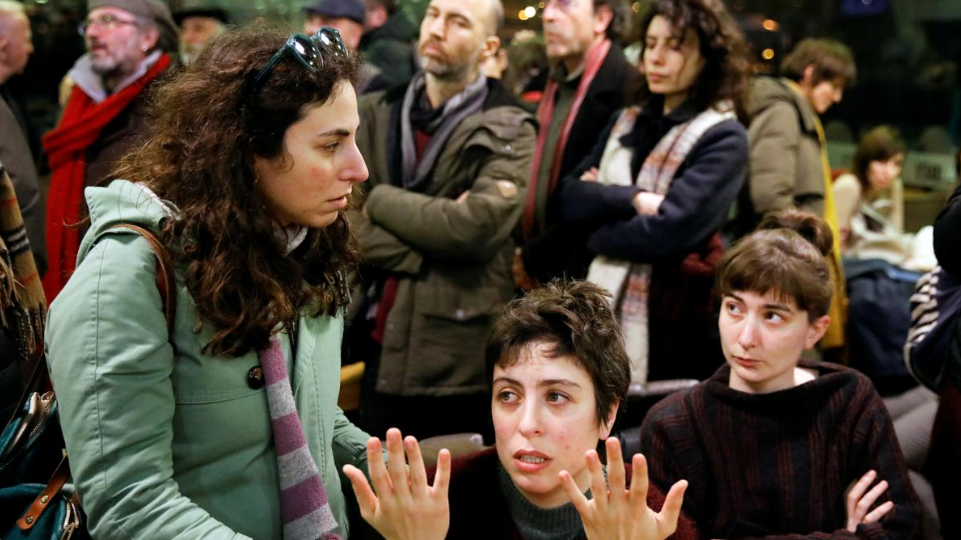 Supporters of Osman Kavala, Turkish businessman and philanthropist, wait for his release from the prison at a roadside cafe, in Silivri, near Istanbul, Turkey, February 18, 2020. (Photo: Reuters)

A Turkish court on Tuesday acquitted businessman Osman Kavala and eight others over their alleged role in the Gezi Park protests of 2013, delivering a surprise verdict in a case that had drawn criticism from Western allies and rights groups.

Applause erupted in the courtroom and some people cried in disbelief when the decision was announced. A guilty verdict had been widely expected in the case, regarded as a test of justice in Turkey.

Philanthropist Kavala was ordered to be set free after more than two years in jail. The European Court of Human Rights in December demanded his immediate release, saying there was a lack of reasonable suspicion that he had committed a crime.

But hours after Kavala was acquitted, Turkish prosecutors demanded his re-arrest in connection with the failed 2016 coup.

Meanwhile, Turkish authorities also issued detention orders for more than 700 suspects allegedly linked to the Gulen movement that is blamed by the Turkish government for the failed 2016 coup, local NTV reported.

There are 766 detention orders in total, along with operations for Gulen movement-linked structures in the Ministry of Justice and the Turkish Armed Forces, the NTV reported.

The Turkish authorities also reportedly issued arrest warrants for 467 suspects across Turkey on the accusation that they have illegally obtained 2009 police promotion exam questions using their affiliation to the Gulen movement, the semi-official Anadolu news agency reported early Tuesday.

Hundreds of them are being detained in 67 provinces across Turkey since Tuesday morning, the agency reported.

U.S. based cleric Fetullah Gulen is accused by Ankara of orchestrating a failed coup attempt on July 15, 2016.

Turkish government launched a massive crackdown on Gulen's supporters at home after the coup attempt, and issued arrest warrants for suspects abroad.

Washington is reluctant to extradite the self-exiled Islamic cleric, saying that Ankara has not presented sufficient evidence against him.