ANKARA, Dec. 11 (Xinhua) -- Turkey on Friday rejected a declaration of the European Union (EU) summit where the European leaders agreed to extend sanctions against Ankara over the dispute in the Eastern Mediterranean. 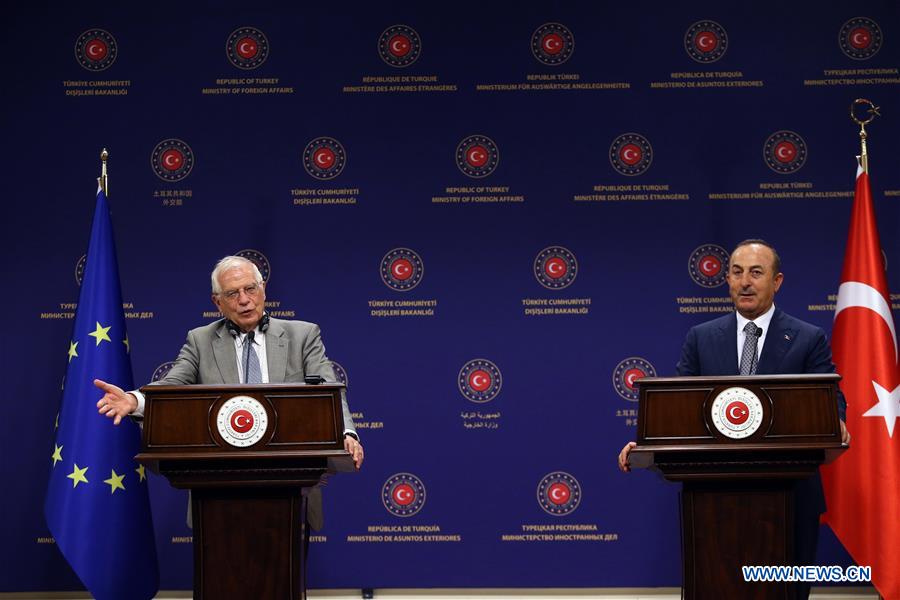 "We reject the biased and illegal approach that had to be adopted with the EU Council Conclusions of Dec. 10," the Turkish foreign ministry said in a written statement.

The sanctions would damage both sides and benefit nobody, Turkish President Recep Tayyip Erdogan said on Friday.

"The summit held by the EU yesterday did not actually respond to the expectations of several countries, because their demands were not justified," Erdogan told reporters.

The EU leaders decided to draw up a list of Turkish targets for sanctions at a summit on Friday in response to Turkey's gas exploration in Mediterranean waters also claimed by EU members Greece and Cyprus.