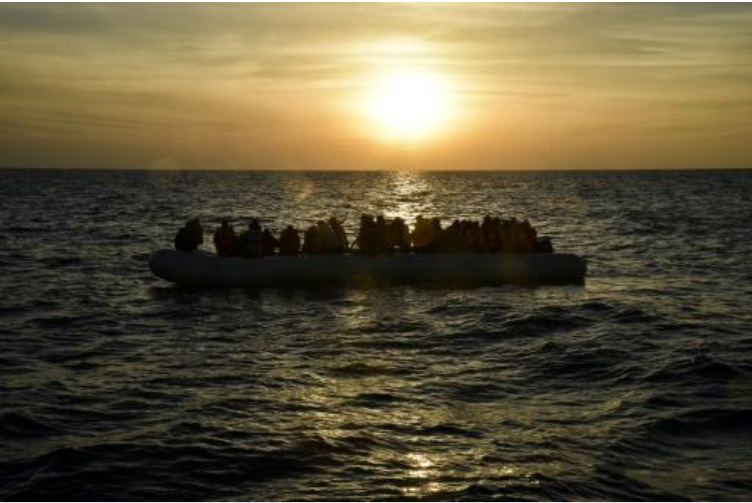 The inflatable boat, carrying 51 migrants, started to sink in the waters of the Aegean off Dikili, the official Anadolu news agency reported. Early reports had the number on board at 68.

Television footage showed them on a rocky outcrop while a coast guard helicopter hovered above to conduct a rescue.

In the initial stage of the operation, four children were winched to safety by the helicopter team, Anadolu reported.

Eventually, all 51 were rescued and brought back to Dikili port.

The migrants' nationality was not clear. The stricken inflatable could be seen in images bobbing next to the rocks. There was no indication of any casualties.

Over a million people, mainly fleeing the war in Syria, crossed to European Union member Greece from Turkey in 2015 after the onset of the bloc's worst migration crisis since World War II.

Turkey struck a deal with the EU in 2016 in a effort to stem the flow of migrants into Europe, and agreed to take back illegal migrants landing on Greek islands in exchange for incentives including financial aid.

The deal, chastised by rights groups, sharply curbed the number of migrants seeking to cross the Aegean Sea.