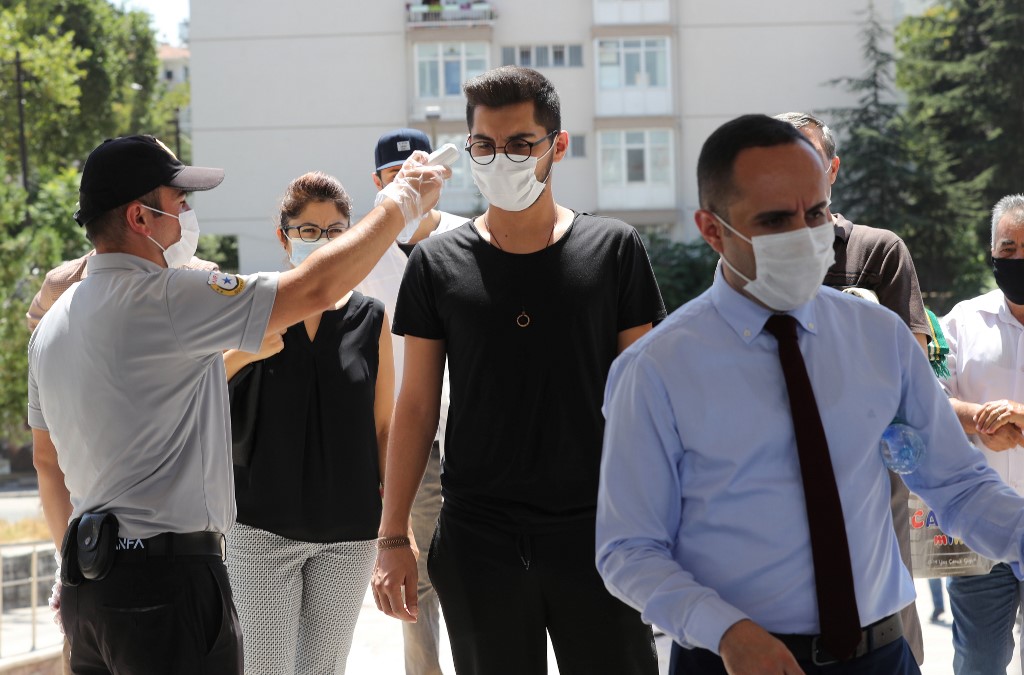 Kuwait reported 571 new COVID-19 cases and two more deaths, raising the tally of infections to 80,528 and the death toll to 515, the Health Ministry said in a statement.

Currently, 7,706 patients are receiving treatment, including 97 in ICU, according to the statement.

The ministry also announced the recovery of 537 more patients, raising the total recoveries in the country to 72,307.

The Kuwaiti government decided on Thursday evening to lift a countrywide partial curfew as of Aug. 30.

Iran, the hardest-hit country in the Middle East region, reported 2,113 new cases, taking the total number of infections to 358,905.

In a statement, it also reported 75 fatalities during the day, raising the death toll to 6,428, while 3,016 more patients recovered in the day, bringing the total number of recoveries to 146,409.

The cumulative number of Israeli coronavirus cases reached 102,663 after 730 new ones were added, the Ministry of Health said.

The Qatari health ministry announced 243 new COVID-19 infections, raising the total number of confirmed cases in the Gulf state to 117,008.

Meanwhile, 277 more recovered from the virus, bringing the total recoveries to 113,808, while no new death was reported as the fatalities remained 193.

The United Arab Emirates (UAE) on Sunday announced 390 new COVID-19 cases, bringing the total confirmed cases in the country to 67,007.

The UAE's Ministry of Health and Prevention said 80 more patients have recovered from the virus, taking the tally of recoveries in the UAE to 58,488.

Jordan reported a new death case from novel coronavirus, increasing the overall number of deaths in the country to 12.

It said 33 new COVID-19 cases, including 29 local infections, were registered in the country, increasing the tally to 1,609.

Fifty-two recoveries were registered during the last 24 hours, bringing the total number of coronavirus tests in Jordan to 745,100.

Palestine recorded 326 new COVID-19 cases, raising the total number of infections in its territories to 25,035.

Palestinian Health Minister Mai al-Kaila said in a press statement that four fatalities were reported in the West Bank, bringing the death toll to 144.

The Syrian health ministry said 74 new cases were recorded on Sunday, bringing the overall confirmed infections in government-controlled areas to 2,217, including 505 recoveries and 89 deaths.

The Syrian interior ministry has urged Syrians abroad who want to return home to contact the Syrian embassies and register their names.