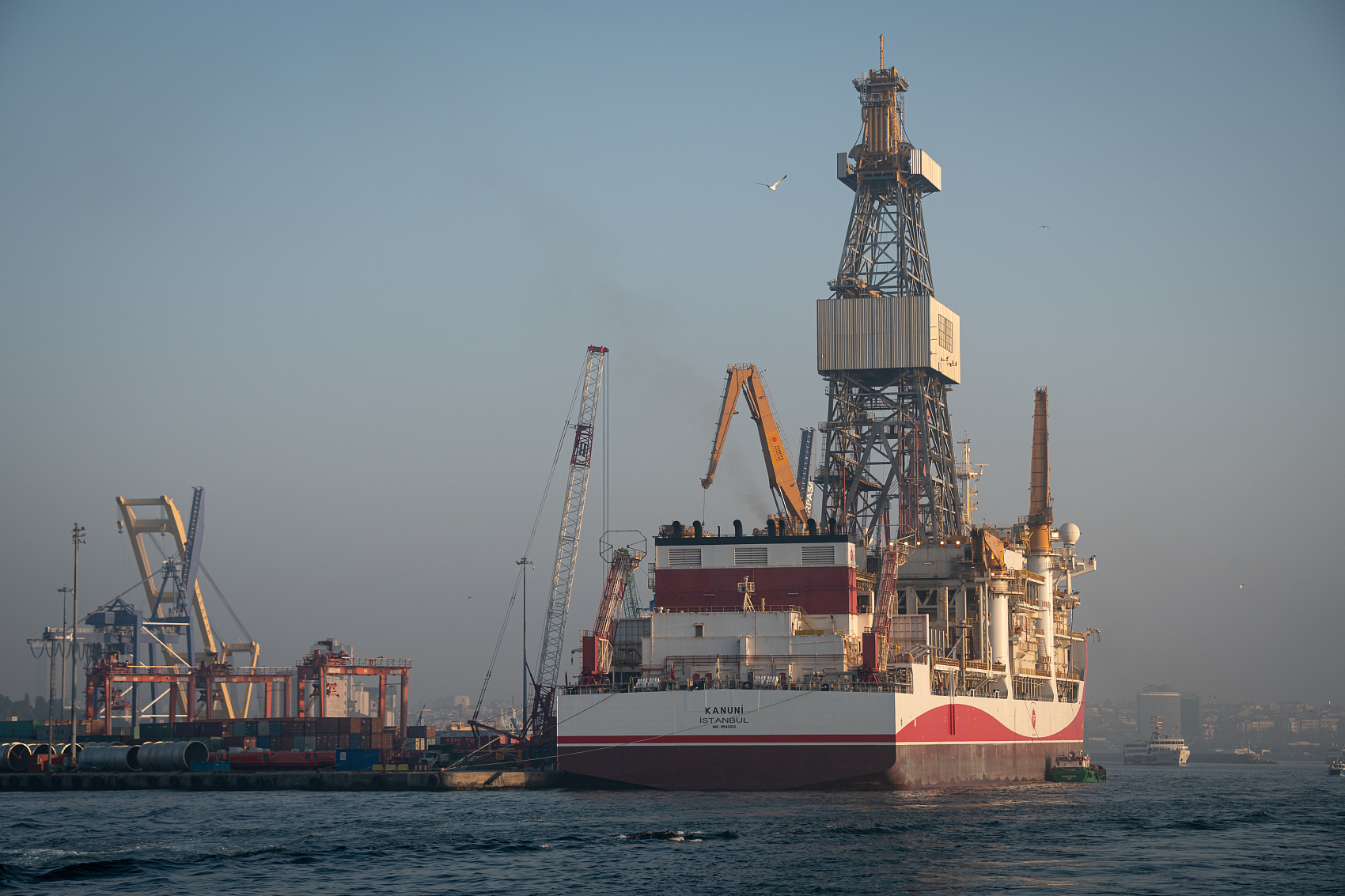 On 24 October 2020, the Kanuni drill ship was docked in the Haydarpasa Port of Istanbul, Turkey, for maintenance before scheduled drilling in the Black Sea. (File photo: CFP)

The Fatih vessel had started its first drilling activities in late July in an exploration zone known as Tuna-1 in the same gas field off the northern Zonguldak province.

Turkey has been considering sending a second drillship called Kanuni, which is currently anchored at the Haydarpasa port in Istanbul, to the Black Sea for a new mission in the upcoming period.