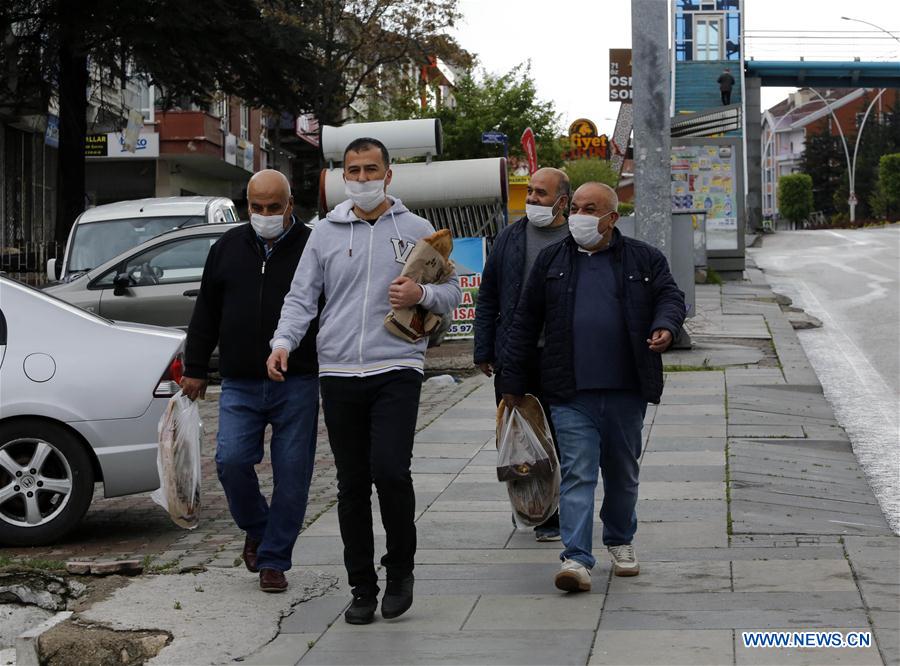 People wearing face masks walk on a street during a curfew in Ankara, Turkey, May 3, 2020. (Photo: Xinhua)

Speaking after attending a cabinet meeting via a video conference from Istanbul, Erdogan said the government would gradually ease the restrictions during May, June, and July.

He said elderlies who are over 65-year-old and those who are under 20 would be allowed outside for four hours one day a week, starting from this weekend.

The travel restrictions for seven cities would be lifted as of tonight, but the limitations for 24 other provinces, including Istanbul, would continue, the president also noted.

"Businesses such as barbershops, hairdressers, and beauty salons will be operational as of May 11 as long as they abide by the rules such as following cleaning rules, working with an appointment system, and serving half of the number of seats," Erdogan added.

Shopping malls will also be operational as of May 11 and the demobilization process would start on May 31, according to the president.

Erdogan also warned that the government could impose much more rigid measures if the normalization plan would not be followed.

Turkish Health Minister Fahrettin Koca on Monday said at a tweet that Turkey has reported 1,614 new COVID-19 cases and 64 more deaths during the last 24 hours, bringing the total number of confirmed cases to 127,659 and the death toll to 3,461.