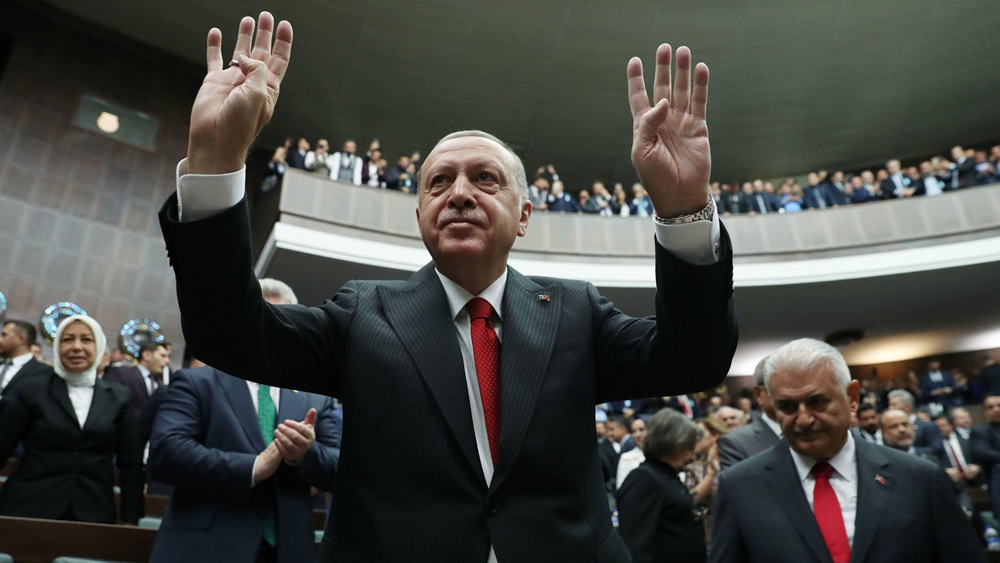 Turkish President Recep Tayyip Erdogan said on Tuesday the Kurdish YPG militia had not withdrawn from some Syrian border areas and that US forces were still carrying out joint patrols with the group, contrary to an agreement between them.

He was speaking as Turkish and Russian soldiers in armored vehicles held their second joint ground patrol in northern Syria near the town of Kobani, under a deal to push the YPG some 30 kilometers away from Turkey's border.

Nearly a month ago, Turkey and Syrian rebel allies launched a cross-border military operation against Kurdish YPG fighters, seizing control of 120 kilometers of land along the frontier.

Turkey subsequently struck two separate deals with the United States and Russia for the YPG to withdraw from the "safe zone" it plans to form in the region, in return for Ankara stopping its offensive against the group.

While Washington and Moscow have said the fighters had left the border region, Erdogan said this was not the case.

"These areas are not cleared of terrorists. Terrorists have not been taken out of either Tel Rifaat or Manbij," Erdogan said, referring to two towns in the western border area where he said YPG fighters remained.

They were also still present east of Ras al-Ain, a town Turkey targeted in the operation, Erdogan said in parliament.

He said Turkey would abide by the deals as long as Washington and Moscow kept their promises.

He later told reporters that US forces were still holding joint patrols with the YPG inside the 30-kilometer border strip from which the militia was meant to withdraw.

"How can we explain America holding patrols with terrorist organizations in this region even though they made the decision to withdraw? This is not in our agreement," he said.

Ankara considers the YPG a terrorist group because of its ties to militants who have waged an insurgency in southeast Turkey since 1984. The US support for the YPG, which was the main ally in the fight against ISIL, has infuriated Turkey.

China insists on the political solution to the Syria issue: FM

The joint patrol is taking place along a new route near the Syrian-Turkish border, passing through large settlements of Bandar Khan and Shiuh-Faukani, the ministry's Zvezda broadcasting service said.

A total of 50 personnel from both sides will participate in the mission using Russian Tiger and Turkish Kirpi armored vehicles, it said.

Syrian Kurds protested near Kobane on Tuesday as Turkish and Russian troops carried out their patrols. A group of protesters was seen jumping up and down as several military vehicles drove past them.