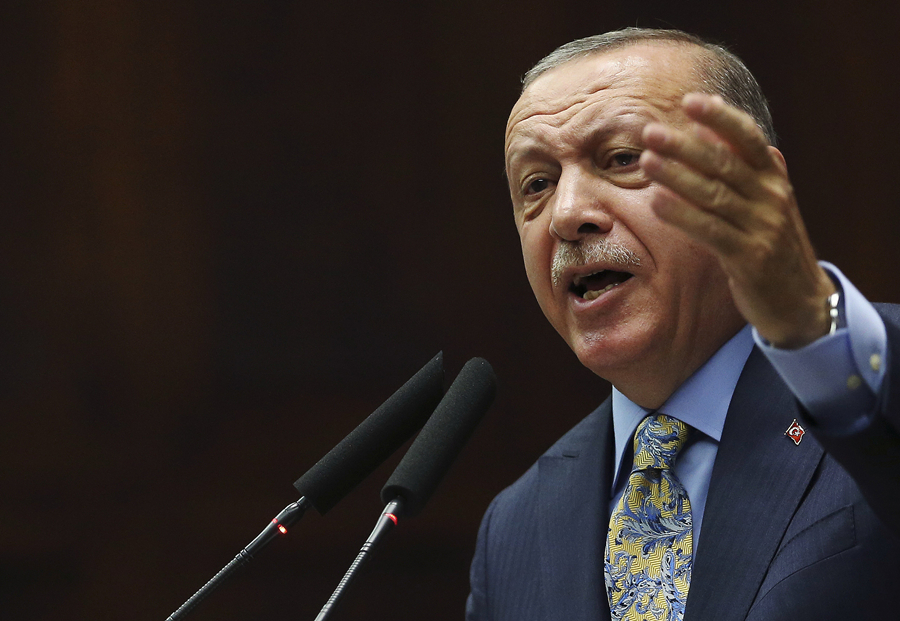 "All information and evidence revealed till now have showed that Khashoggi was a victim of a brutal killing," Erdogan said at the ruling Justice and Development Party's parliamentary group meeting.

The murder was "planned" days in advance according to a "roadmap" set up by Saudis, he noted.

Saudi teams made explorations in the forest near Istanbul and the northwestern province of Yalova before murdering Khashoggi, according to the Turkish president.

"Saudi consulate cameras were removed, all footage was deleted from hard drives. Camera footage shows that Khashoggi did not leave the consulate," he said.

The body of Khashoggi has not been found yet. Turkey demands Saudi Arabia reveal the identity of the "local cooperator" who purportedly took the body, Erdogan stated.

During his speech, Erdogan said that the Saudi government formally admitted the killing of Khashoggi 17 days after his murder.

"The murder took place inside the Saudi consulate but it should not be forgotten that it took place on Turkish soil. The Vienna Convention does not allow the investigation of such murders to be prevented by diplomatic immunity," Erdogan said, adding that he also expects the convention to be reviewed after this incident.

Erdogan described the killing of Khashoggi as "a political murder," adding that a neutral and fair committee should be established to conduct the investigation.

He also expressed confidence that Saudi King Salman bin Abdulaziz Al Saud is cooperating with the investigation, stressing that he doesn't doubt the king's sincerity.

The Turkish leader called on the Saudi leadership to allow 18 suspects detained there in this case to be tried in Istanbul.

A joint Turkish-Saudi team completed an investigation into the case on Thursday after searching the residence of the consul general as well as the Saudi consulate in Istanbul.

The kingdom claimed early Saturday that Khashoggi died in a brawl in its consulate, but did not give any explanation on the cause of his death.