ANKARA, July 1 (Xinhua) -- Turkish President Recep Tayyip Erdogan said that the dispute between Turkey and the United States on the issue of Russian-made S-400 defense systems would be resolved "without any problem," local NTV broadcaster reported on early Monday. 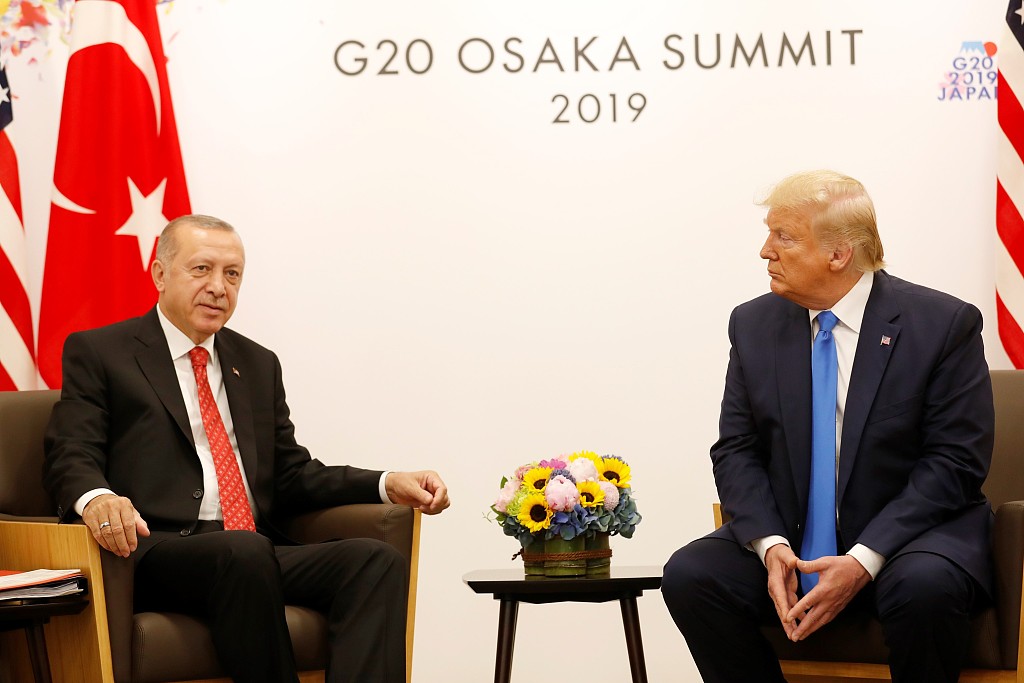 President of Turkey, Recep Tayyip Erdogan (L) meets with US President Donald Trump (R) on the sidelines of the second day of the G20 Summit at INTEX Osaka Exhibition Center in Osaka, Japan on June 29, 2019. (Photo: VCG)

"Our meeting with President Trump was very positive. They support us on the deals of S-400 and F-35s," Erdogan told Turkish journalists on Sunday after his meeting with his U.S. counterpart Donald Trump in Japan where he participated G20 summit.

"I am of the opinion that we will overcome this process without any problem," Erdogan said.

The Turkish president added that the first delivery of the S-400 missile defense system would take place within 10 days.

Erdogan said that the two leaders had agreed to delegate officials to follow the issue. Turkish and U.S. foreign and defence ministers would "open the doors" to resolve the matter.

The U.S. administration has threatened to impose severe sanctions on Turkey if the S-400 missiles deal with Moscow is followed through.

Washington repeatedly warned that it will cut off Turkey's purchase of F-35 fighters if Ankara goes ahead with the delivery of the S-400s.

Erdogan recalled that Ankara wanted to buy U.S. Patriot systems during the term of former U.S. President Barack Obama, but the U.S. declined Turkey's demand at the time.

Therefore, Ankara stepped up the purchase of Russian systems.

The Turkish president said that he reminded this case, and Trump told him that "you are right" on the dispute over the purchase of S-400 systems.