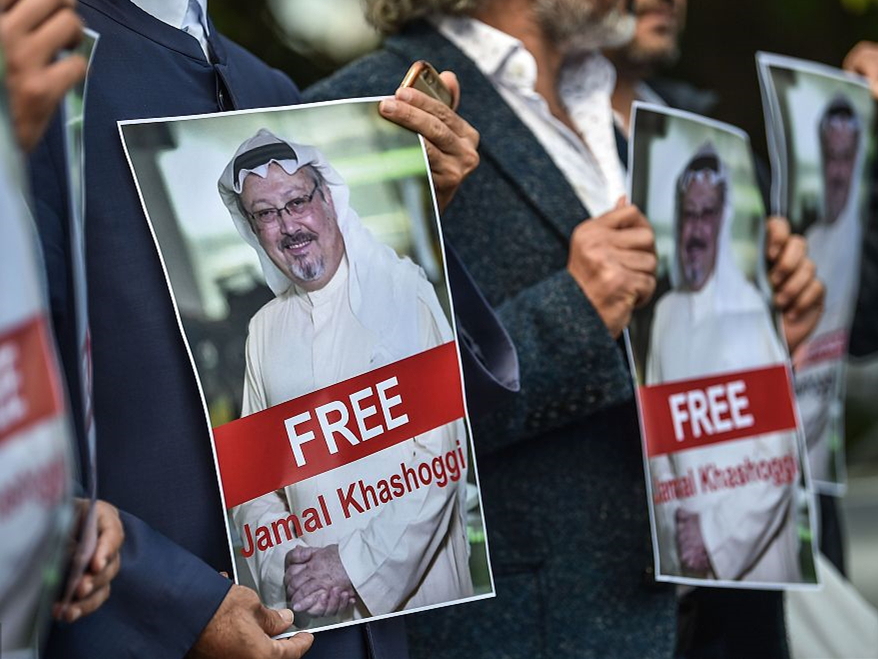 Protestors hold pictures of missing journalist Jamal Khashoggi during a demonstration in front of the Saudi Arabian consulate in Istanbul on October 5, 2018. (Photo: VCG)

"We have to get an outcome from this investigation as soon as possible. The consulate officials cannot get away by simply saying 'he has left' and relevant authorities are obligated to provide proof of this claim," Erdogan told a news conference in Budapest, Hungary, where he is on an official visit.

"It is our humanitarian and political duty to closely follow the issue," said the Turkish leader.

Several unconfirmed reports said that the prominent journalist could have been killed inside the Saudi compound.

Turkey's Foreign Ministry summoned the Saudi ambassador in Ankara on Sunday to urge "full cooperation" in the investigation of 59-year-old Khashoggi, known to be a critic of the Saudi leadership.

Turkish broadcaster NTV reported on Monday that police has requested access to the Saudi consulate.

Jamal Khashoggi, a Washington Post contributor, went missing last Tuesday while visiting the building to get documents for his marriage.