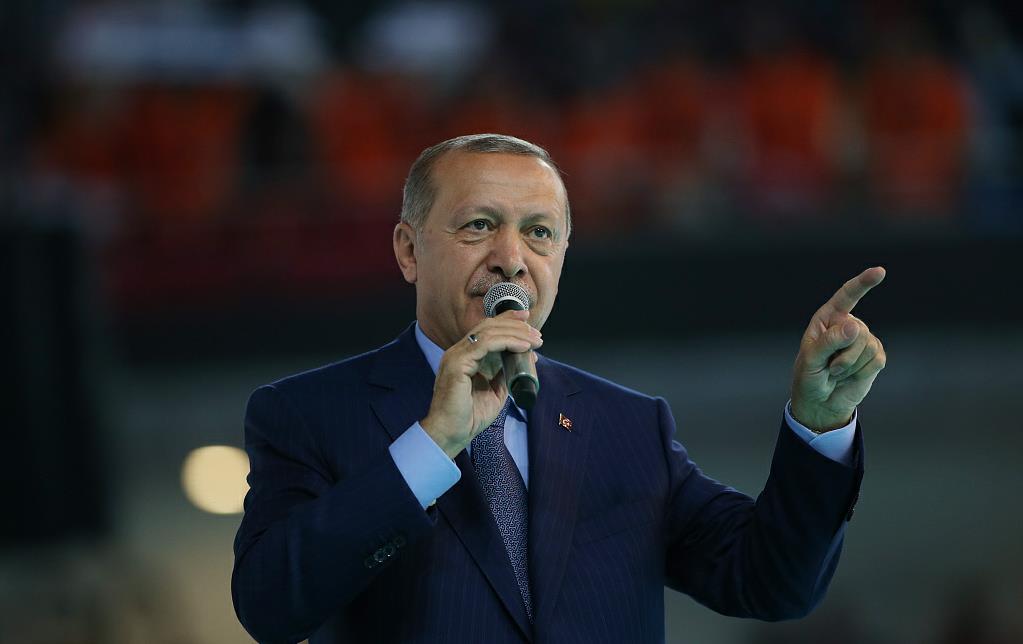 ANKARA, Aug. 12 (Xinhua) -- The plunge of Turkish lira is "a plot against Turkey" and the country will seek new partners and markets if the United States does not back down on its hostile policy, Turkish President Recep Tayyip Erdogan said on Sunday.

Talking in a meeting in the Black Sea city of Trabzon, Erdogan said the current fluctuations in the exchange rate could not be explained by logic.

"I here declare that we have seen your plot and we are challenging it," said Erdogan, apparently referring to the United States.

"There is no economic reason for the present (currency plunge) situation. This a plot to force Turkey to surrender in every fields from finance to politics, to make Turkey and its people to kneel down," he added.

The Turkish president also pointed out that Turkey was considering other markets and political alternatives to its "strategic partnership" with Washington, branding again the currency crash as an "economic war."

"We will respond to those who declared trade war on the entire world and included Turkey in it, by steering towards new alliances, new markets," he said, raising questions in the future partnership between Ankara and Washington.

The president also ruled out using interest rates to shore up the currency which has lost more than 40 percent of its value since the start of this year, calling them "a tool of exploitation."

Unprecedented punitive sanctions declared by the U.S. President Donald Trump's administration on two Turkish ministers over the detention of an American pastor, as well as doubling tariffs on steel and aluminum, have worsened relations between the NATO allies to their lowest over decades.