ANKARA, Feb. 19 (Xinhua) -- Turkish President Recep Tayyip Erdogan on Wednesday vowed to launch an operation into the Idlib province of Syria if the Syrian government does not retreat by the end of February. 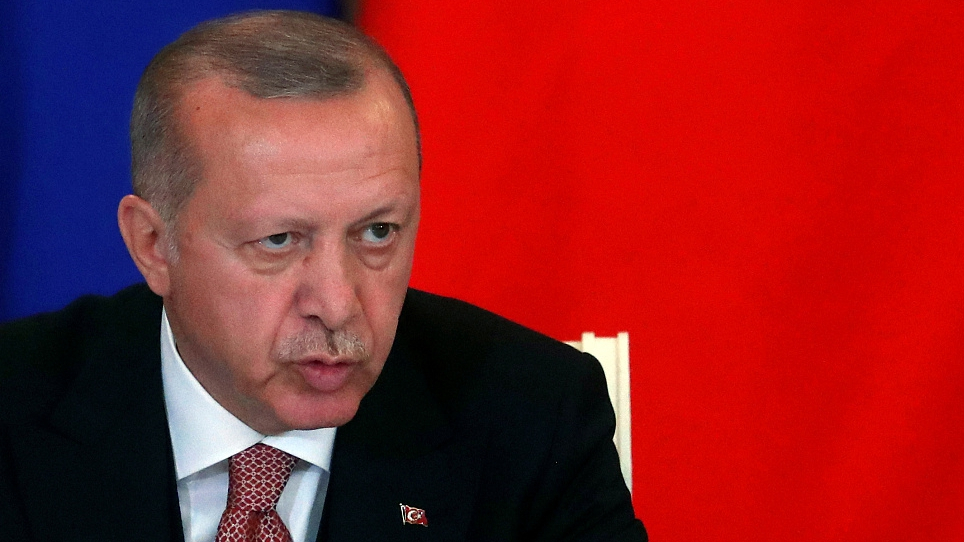 "We are counting down and making our final warnings ... An operation in Idlib is imminent," the president said while addressing his party's members at the parliament.

Erdogan said that talks between Turkish and Russian delegations in Moscow, aiming for a diplomatic solution to calm down tension in Idlib, did not yield consensus, but the two countries will continue discussions.

"Unfortunately, we couldn't reach the desired result. Although we will continue discussions, our views are far from each other," he added.

Turkey and Russia have been holding discussions to reach a consensus for ease the escalation of tension in Idlib.

Tensions in the region have escalated after Turkey claimed that Syrian government's attacks in Idlib killed 13 Turkish military personnel.

Turkey urges Russia to convince Damascus to retreat to the lines agreed in the Sochi deal previously brokered by Ankara and Moscow.

Turkey and Russia signed the Sochi deal on Sept. 17, 2018, based on which both sides agreed to set up a demilitarized zone in Idlib.

He stressed that some arguments of Russian officials "do not reflect the reality."