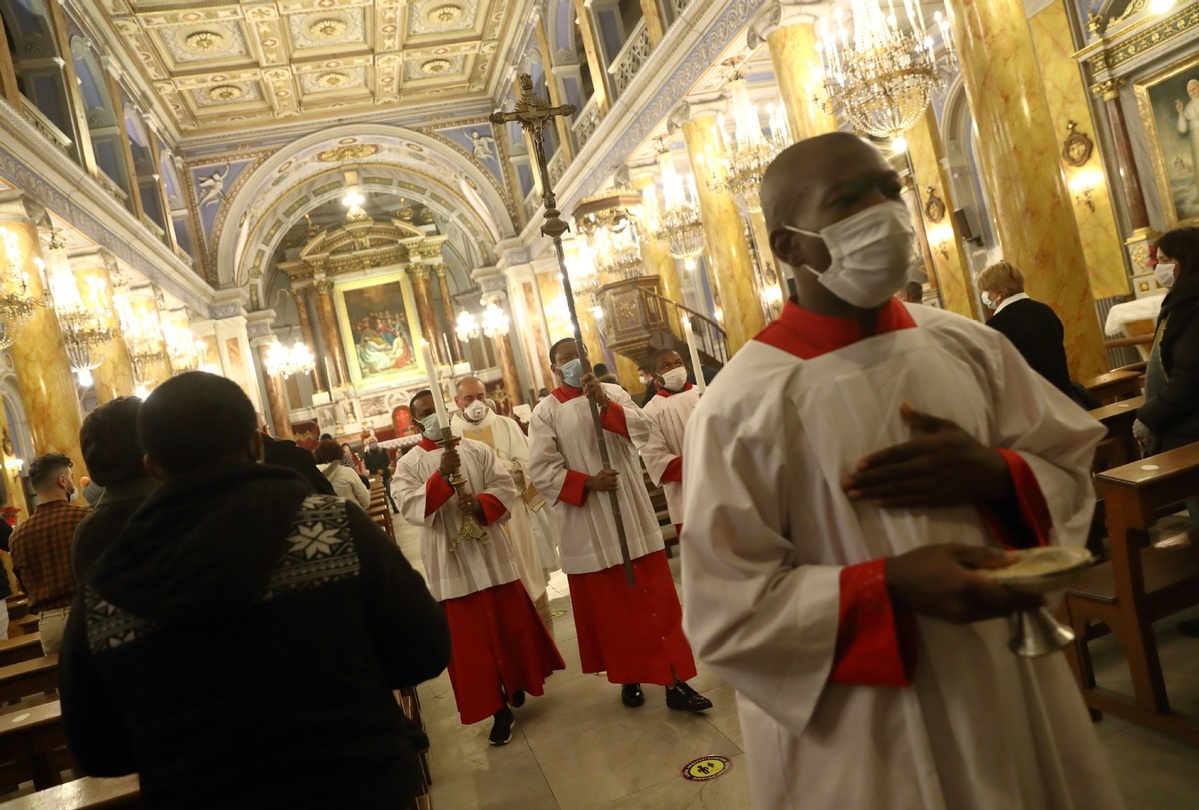 Oman will begin on Sunday the vaccination campaign with the Pfizer-BioNTech vaccine against the novel coronavirus.

"The campaign targets, in the first stage, the most vulnerable groups to the pandemic, including frontline workers, people with chronic diseases and the elderly," said a health ministry statement.

The Omani health ministry earlier said 128,290 COVID-19 infections have been reported so far while the fatalities hit 1,491.

The pandemic has so far claimed 54,574 lives in Iran, up by 134 in the past 24 hours, said Sima Sadat Lari, spokeswoman for the Iranian Ministry of Health and Medical Education during her daily briefing.

A total of 942,548 people have recovered from the disease and been discharged from hospitals, while 5,273 remain in intensive care units, she added.

The death toll of the virus in Israel increased to 3,203 with 17 new fatalities, while the number of patients in serious condition rose from 527 to 561, out of 977 hospitalized patients.

The lockdown, aimed to curb the recent jump in morbidity, will include movement restrictions, business closures, reduced activity of workplaces, public transportation and education system, and gathering limitations.

The ministry also reported 12 new deaths, raising the death toll from the infectious virus to 12,767, and the total recoveries rose to 530,262.

Earlier, the Iraqi authorities imposed new restrictive measures to protect people from a new strain of coronavirus that was recently found in many countries.

The authorities also banned the entry of travellers from these countries, except for Iraqi citizens who must be quarantined for 14 days until a PCR test proves they are not infected with the virus.

Morocco registered 2,369 new COVID-19 cases, taking the total tally in the North African country since March 2 to 430,562, the health ministry said in a statement.

A senior Palestinian health official announced that Palestine would receive the first shipment of COVID-19 vaccines within two weeks.

Kamal al-Shakhra, the Palestinian Health Ministry spokesman, told a news briefing in Ramallah that the ministry has contacted with the World Health Organization (WHO) to ensure the vaccines for Palestine.

The ministry also contacted several international companies which produce the vaccines, and asked for speedy delivery, he said.

The Qatari health ministry announced 169 new COVID-19 infections, raising the total number of confirmed cases in the Gulf state to 142,903.

It said 145 more recovered from the virus, bringing the overall recoveries to 140,687, while the fatalities remained 244 for the second day running.

The Kuwaiti Health Ministry also announced the recovery of 250 more patients, taking the total recoveries to 145,380.