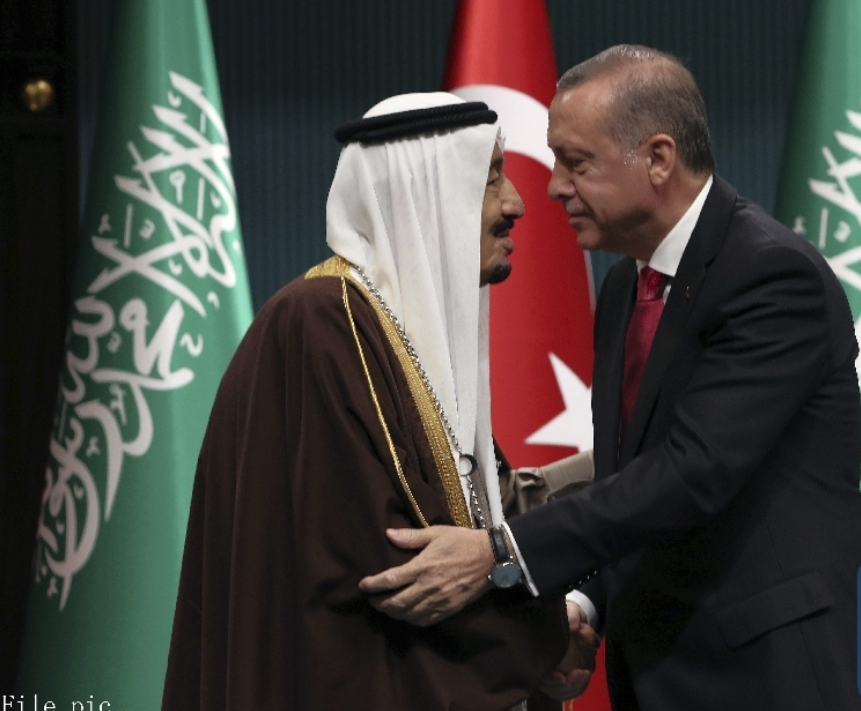 During the phone call, the two leaders emphasized the importance of forming a joint working group to make investigation on the case, the report cited Turkish presidential source as saying.

Saudi King Salman also affirmed his country's solid ties with Turkey, saying no one could undermine the strength of their bilateral relationship, the Saudi Foreign Ministry tweeted after the phone conversation.

Unconfirmed reports said that Khashoggi was likely killed inside the compound, which was denied by Saudi officials as "baseless."

Erdogan urged Saudi Arabia to explain the fate of Jamal Khashoggi, saying the kingdom's consulate should provide evidence that Khashoggi exited the building after entering.

A Saudi delegation arrived in Turkey on Friday to discuss the case with Turkish authorities, following Turkish presidential spokesperson announced to form a joint Turkish-Saudi investigation team upon the kingdom's request.