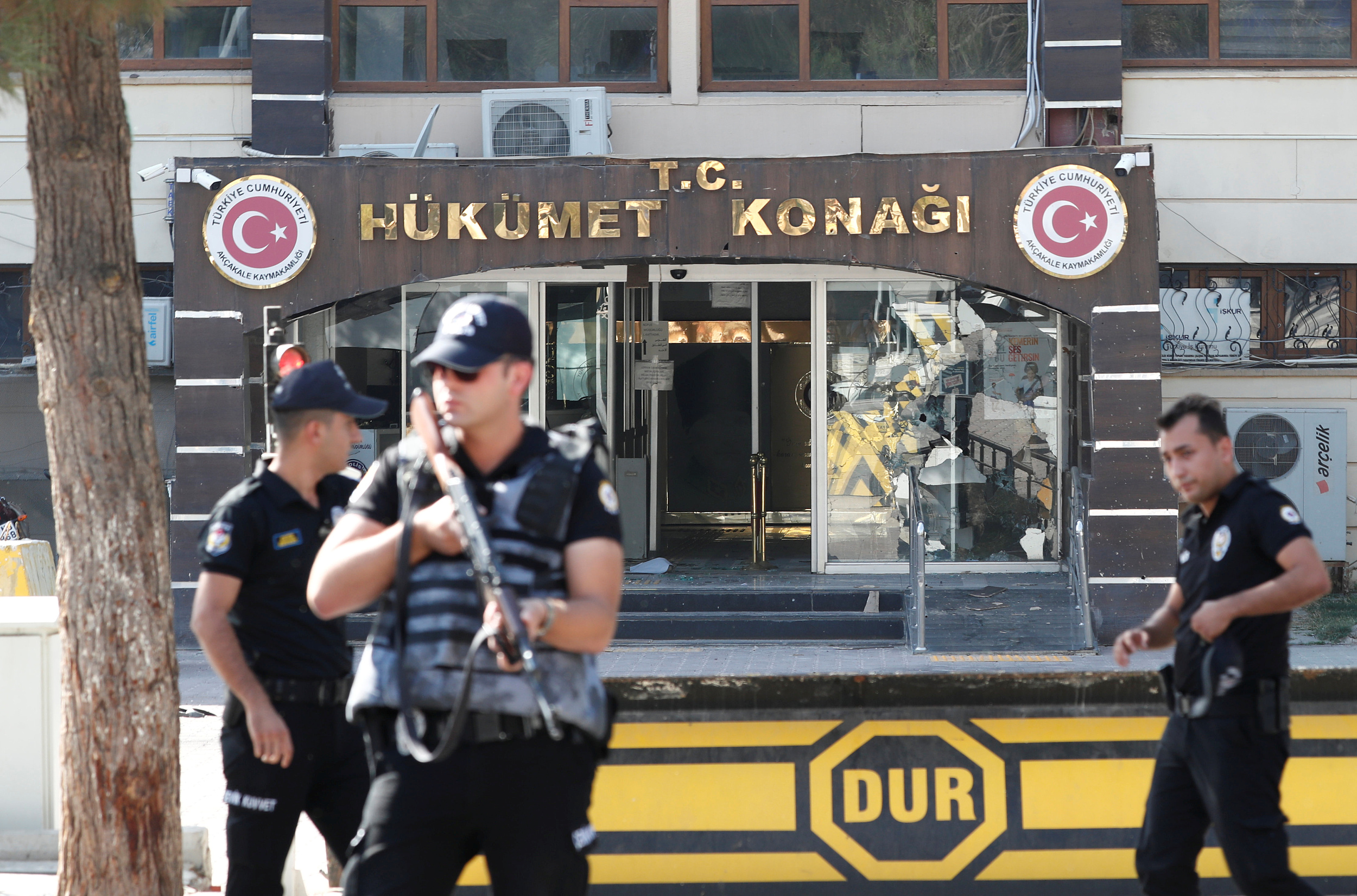 Police officers stand outside the Akcakale Govenrment House after it was hit by mortar shells fired from Syria, in the Turkish border town of Akcakale, Sanliurfa province, Turkey, October 10, 2019. (Photo: VCG)

ANKARA, Oct. 10 (Xinhua) -- Up to four civilians, including a child, were killed and 70 injured in Turkish border towns by mortars and rockets fired from Syria on Thursday, local officials said.

"A nine-month old Syrian national and a civil servant working at the local tax office have been killed" in mortar and rocket fire that hit border towns of Akcakale and Ceylanpinar, a statement of the governor's office of the southeastern province of Sanliurfa said.

The statement added that 46 civilians were injured in these attacks by the Kurdish fighters of the People's Protection Units (YPG), the main target of a Turkish operation launched in northeastern Syria.

The governor's office of the neighboring province of Mardin said that two civilians were killed and 24 people injured in the Nusaybin district, located near the Syrian border.

Ankara considers the YPG as the Syrian branch of the outlawed Kurdistan Workers Party, designated as a terrorist organization by Turkey, the United States and the European Union.

Turkey launched on Wednesday Operation Peace Spring in order to create a safe zone that would push Kurdish militia away from its border and eventually allow the repatriation of up to 2 million Syrian refugees.