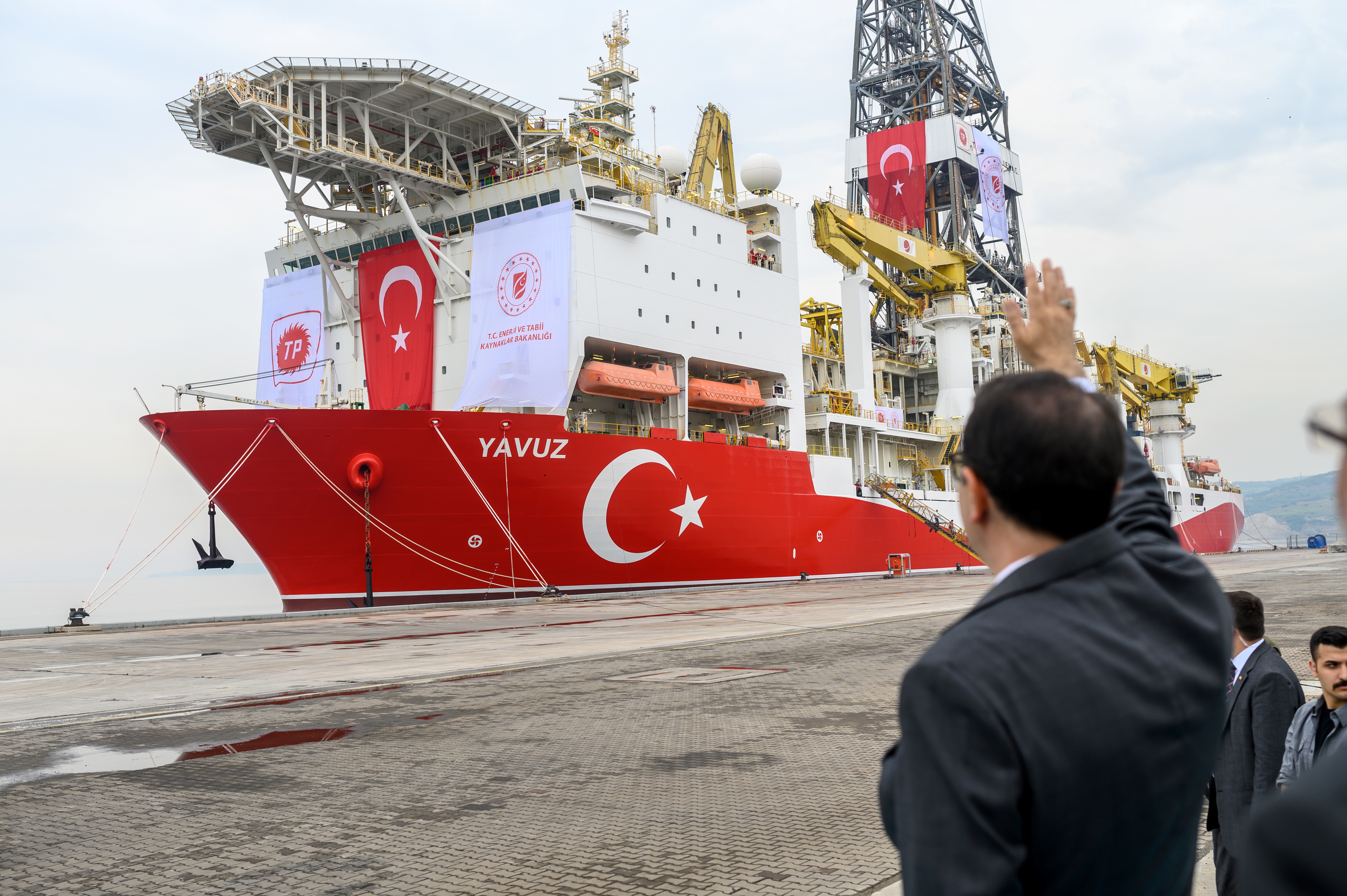 Turkish Energy and Natural Resources Minister Fatih Donmez waves to the drilling ship 'Yavuz' scheduled to search for oil and gas off Cyprus at the port of Dilovasi, outside Istanbul, on June 20, 2019. (Photo: AFP)

"The EU's failure to mention Turkish Cypriots, who have equal rights to the natural resources of the island of Cyprus, showed how biased and partisan the EU is on the subject of Cyprus," the ministry said in a statement.

Turkey will continue to protect the rights of the country and Turkish Cypriots and will increase its activities in this aspect, the statement added.

The European Council published a final declaration on Monday after a meeting of EU's foreign ministers, saying that they would suspend the EU-Turkey high-level dialogues and negotiations on an aviation accord.

It also endorsed a proposal to reduce pre-accession funds worth over 145 million euros (163 million U.S. dollars) to Turkey for 2020 and asked the European Investment Bank to review its lending to Turkey.

Regardless of warnings by the EU and the United States to stop its drilling activities near Cyprus' coasts, Ankara has sent two drilling vessels, Fatih and Yavuz, to the Eastern Mediterranean for oil and gas exploration.