WORLD Turkey says nothing to be gained from economic threats

Turkey says nothing to be gained from economic threats 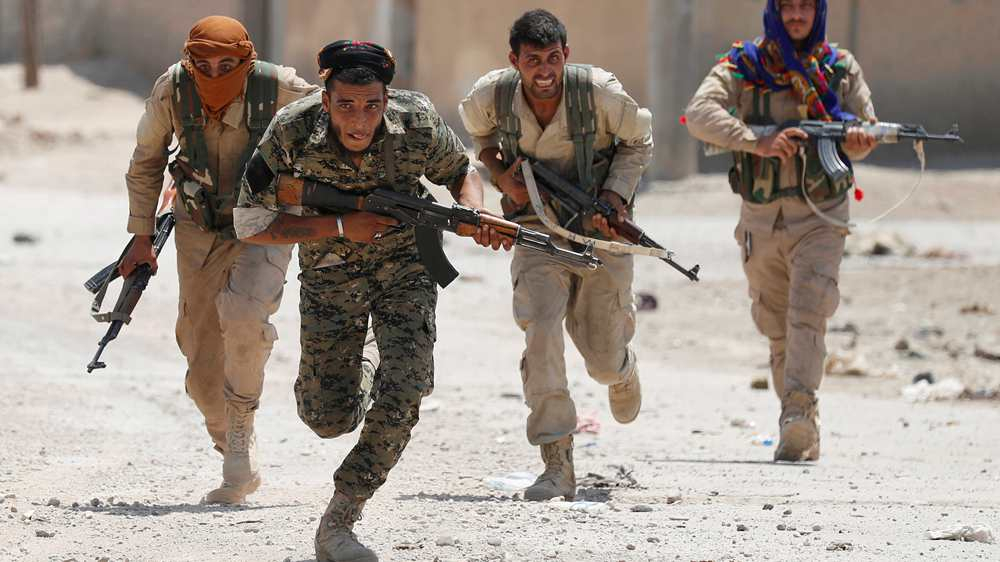 Turkey's foreign minister pushed back against comments from US President Donald Trump on Monday, saying nothing could be achieved by threatening Ankara economically and strategic partners should not communicate over social media.

On Sunday, Trump threatened Turkey with economic devastation if the latter attacks a US-allied Kurdish militia in Syria.

The American president said the United States was starting the military pullout from Syria that he announced in December but that it would continue to hit ISIL fighters there.

"Will attack again from existing nearby base if it reforms. Will devastate Turkey economically if they hit Kurds. Create 20 mile safe zone...Likewise, do not want the Kurds to provoke Turkey," he wrote on Twitter.

"Mr @realDonaldTrump It is a fatal mistake to equate Syrian Kurds with the PKK, which is on the US terrorist list, and its Syria branch PYD/YPG," spokesman Ibrahim Kalin wrote on Twitter.

"Terrorists can't be your partners & allies. Turkey expects the US to honor our strategic partnership and doesn't want it to be shadowed by terrorist propaganda," he said on Monday.

Meanwhile, US Secretary of State Mike Pompeo said on Monday that President Donald Trump's threat would not change plans to withdraw troops from that country.

The top US diplomat told reporters in Riyadh that he assumed Trump's comments on Twitter were referring to sanctions, adding: "You're going to have to ask him about that."

Relations between the two NATO allies have been strained over US backing for the Kurdish YPG, which Turkey views as an extension of the outlawed Kurdistan Workers Party (PKK) that is waging a decades-long insurgency on Turkish soil.