Turkey says offensive against Syrian Kurds not dependent on US withdrawal 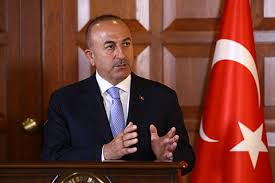 ANKARA, Jan. 10 (Xinhua) -- A planned Turkish military offensive against Kurdish militants in northern Syria is not dependent on the withdrawal of US troops from the region, Turkish Foreign Minister Mevlut Cavusoglu said on Thursday.

In an interview with private broadcaster NTV, Cavusoglu said Turkey would conduct the planned military operation to thwart the threat in northern Syria, even if the US delays the withdrawal.

Turkey had announced its intention to enter the east of Euphrates before Trump revealed his plan about withdrawal of US forces from Syria, therefore Turkey's offensive is not tied to the US pullout, Cavusoglu said.

He also added that some people in the Trump administration are trying to change the president's mind about the withdrawal.

Turkey regards the People's Protection Units (YPG), an ally with the US troops in the fight against the militant group Islamic State in Syria, as an offshoot of the outlawed Kurdistan Workers' Party (PKK) rebels fighting for autonomy inside Turkey.

In mid-December last year, Erdogan threatened to launch a cross-border operation against Syrian Kurdish militias, but the operation was postponed after Trump declared the plan to withdraw all US troops from Syria.