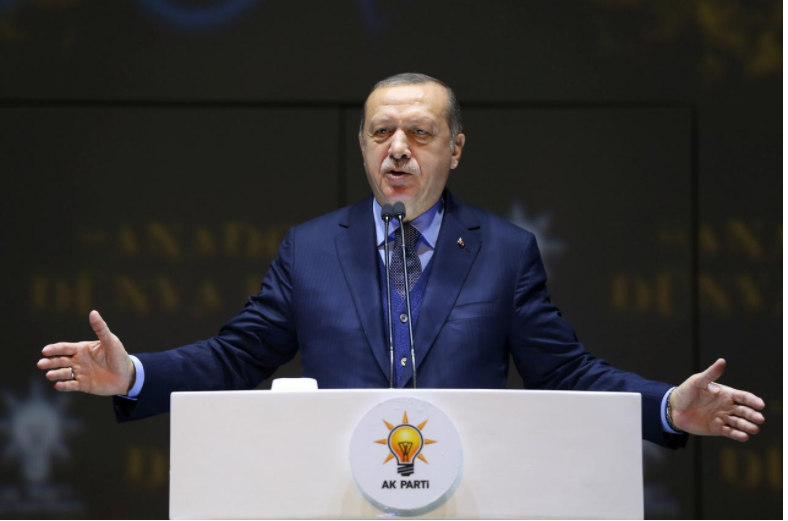 Turkey regrets the vetoing by the United States on Monday of a U.N. Security Council resolution that called for the US declaration of Jerusalem as Israel’s capital to be withdrawn, the Turkish foreign ministry said

Turkish President Tayyip Erdogan has taken a leading position in opposing the US move to recognize Jerusalem as Israel’s capital, hosting representatives from more than 50 Muslim countries, including US allies, in Istanbul last week for a summit in response.

A communique issued after the summit said the participants considered the move to be a declaration that Washington was withdrawing from its role “as sponsor of peace” in the Middle East.

Trump’s decision broke with decades of US policy and international consensus that Jerusalem’s status must be left to Israeli-Palestinian talks, leading to harsh criticisms from Muslim countries and Israel’s closest European allies, who have also rejected the move.

Jerusalem, revered by Jews, Christians and Muslims alike, is home to Islam’s third-holiest site and has been at the heart of the Israeli-Palestinian conflict for decades. Israel captured Arab East Jerusalem in 1967 and later annexed it in an action not recognized internationally.