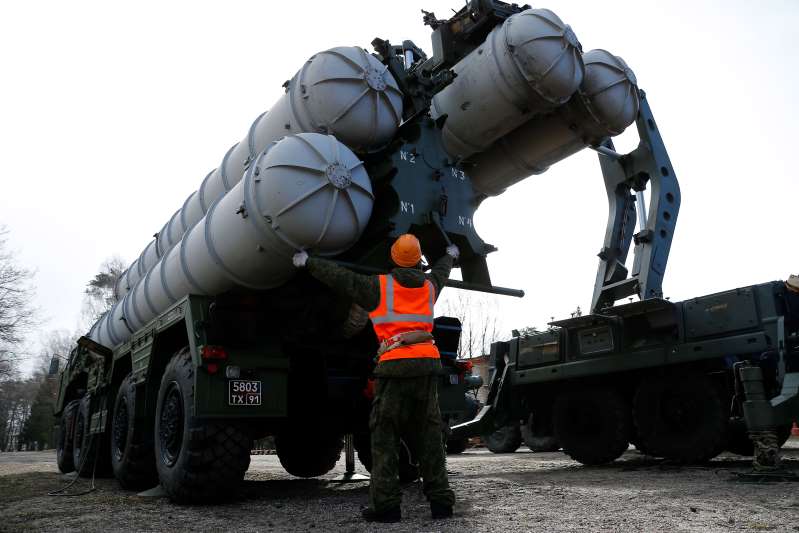 Turkey's foreign minister says the United States has yet to respond to a proposal to set up a technical committee to review possible security threats that Russia's S-400 missile defense system could pose to the US F-35 fighter jet program.

Turkey's decision to purchase the advanced Russian system has deepened a rift between the NATO allies. US officials have warned of consequences if the purchase is finalized while Turkish officials say the deal cannot be cancelled.

Speaking at a news conference with his Polish and Romanian counterparts Friday, Mevlut Cavusoglu said Turkey is taking utmost care to ensure that the S-400 system is under full Turkish control.

He added that Turkey does not believe that the S-400 would threaten the F-35 program, of which Turkey is also a partner.