Turkey says shooting at US embassy is 'attempt to create chaos' 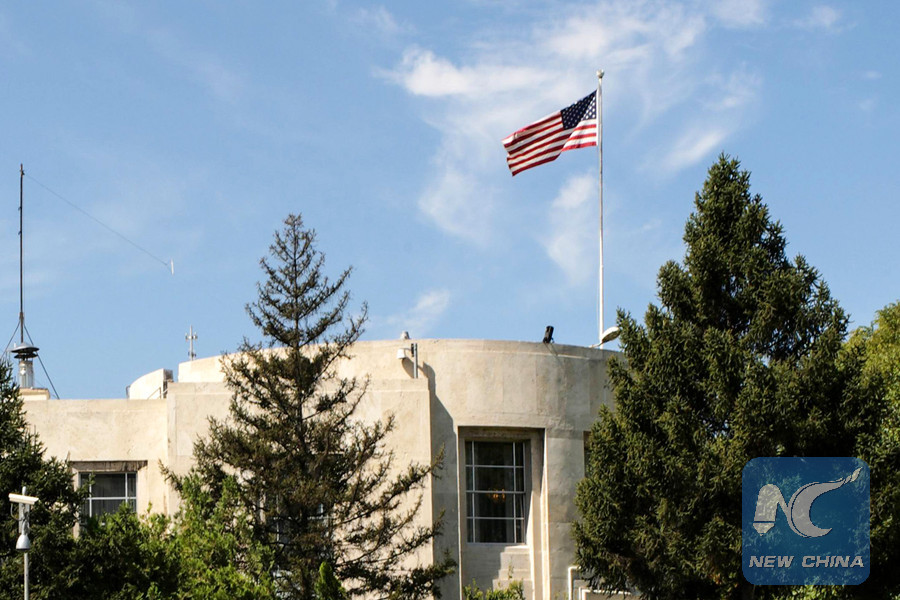 ANKARA, Aug. 20 (Xinhua) -- Monday morning's shooting at the US embassy in Ankara was "a clear attempt to create chaos," said Turkish presidential spokesman Ibrahim Kalin, amid an escalating row between the two NATO allies.

"We condemn the attack against the US embassy. This is clearly an attempt to create chaos," said Kalin in his tweet, pointing out that "Turkey is a safe country and all foreign missions in the country are safeguarded by laws."

He also added that the incident was being investigated and would be elucidated as soon as possible.

At least four gunshots were reportedly fired in front of Gate 6 of the embassy from a white car at around 5 a.m. (0200 GMT) local time, broadcaster CNN Turk reported. No one was hurt and the police is seeking the culprits, reported local media.

The Ankara governor's office said in a statement that three bullets hit the embassy building, adding that "several suspects at large where being actively searched by the police."

The mission is closed this week for the Islamic holiday of Eid al-Adha.

The attack comes amid increasingly strained ties between Ankara and Washington, and several days after Turkish President Recep Tayyip Erdogan accused the US of an "attempted economic coup."

Turkey has seen its economy thrown into turmoil this week after US President Donald Trump imposed sanctions, including doubling tariffs on aluminium and steel, to which Ankara responded by steeply hiking taxes on some US products.

The focal point of the spat is an American clergymen detained in Turkey for terror-related charges that Washington insists be immediately set free.