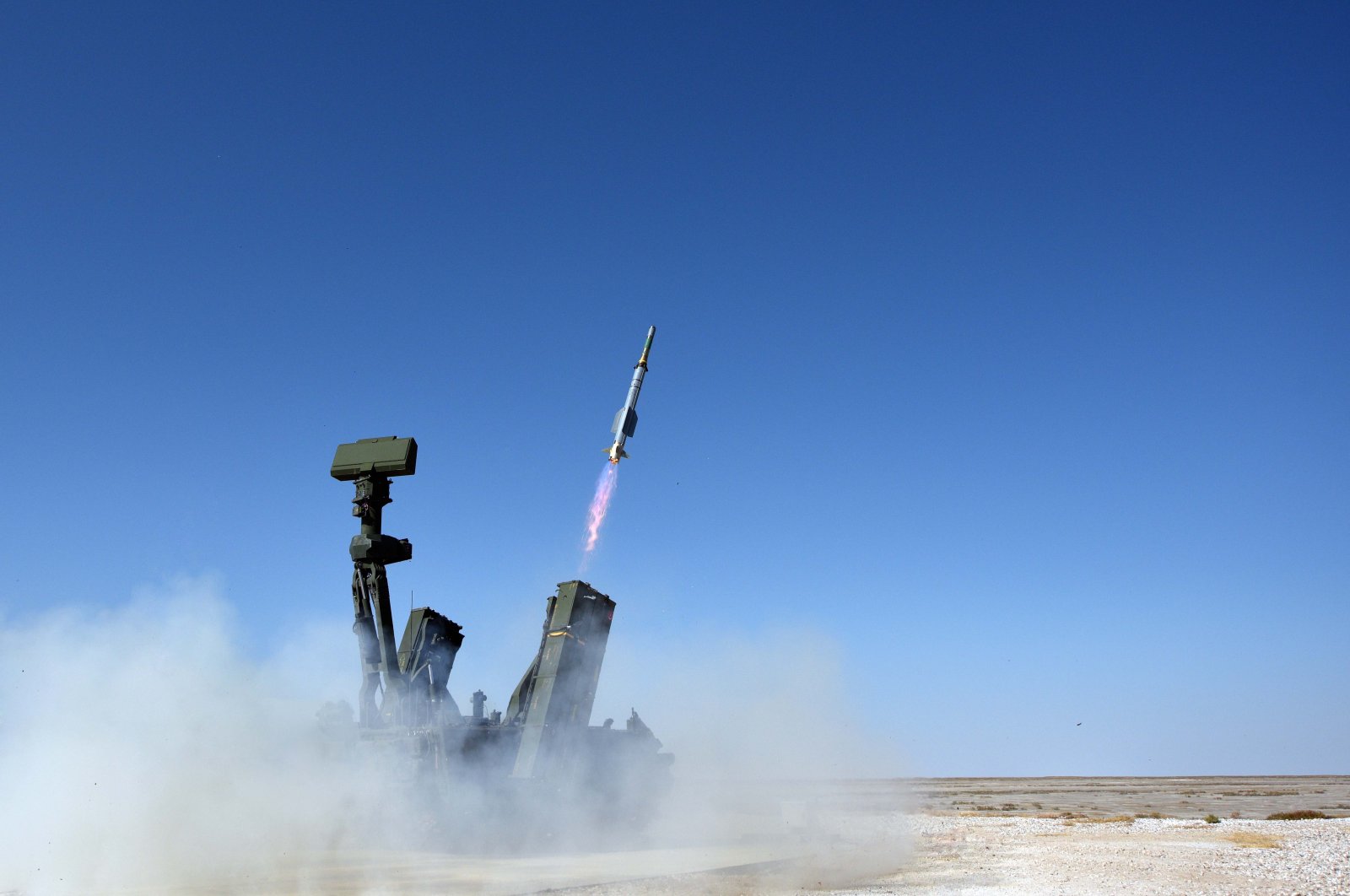 A missile fired from the HISAR A+ destroyed a high-speed target drone, the ministry said on Twitter.

In a written statement, Turkey's presidency of defense industries said that the autonomous HISAR A+ will perform the air defense task of armored mechanized moving units.

"The system can move in all kinds of terrain, has fast position change, short reaction time, 360-degree protection capability and can prevent targets without the need for any other element," said the statement.