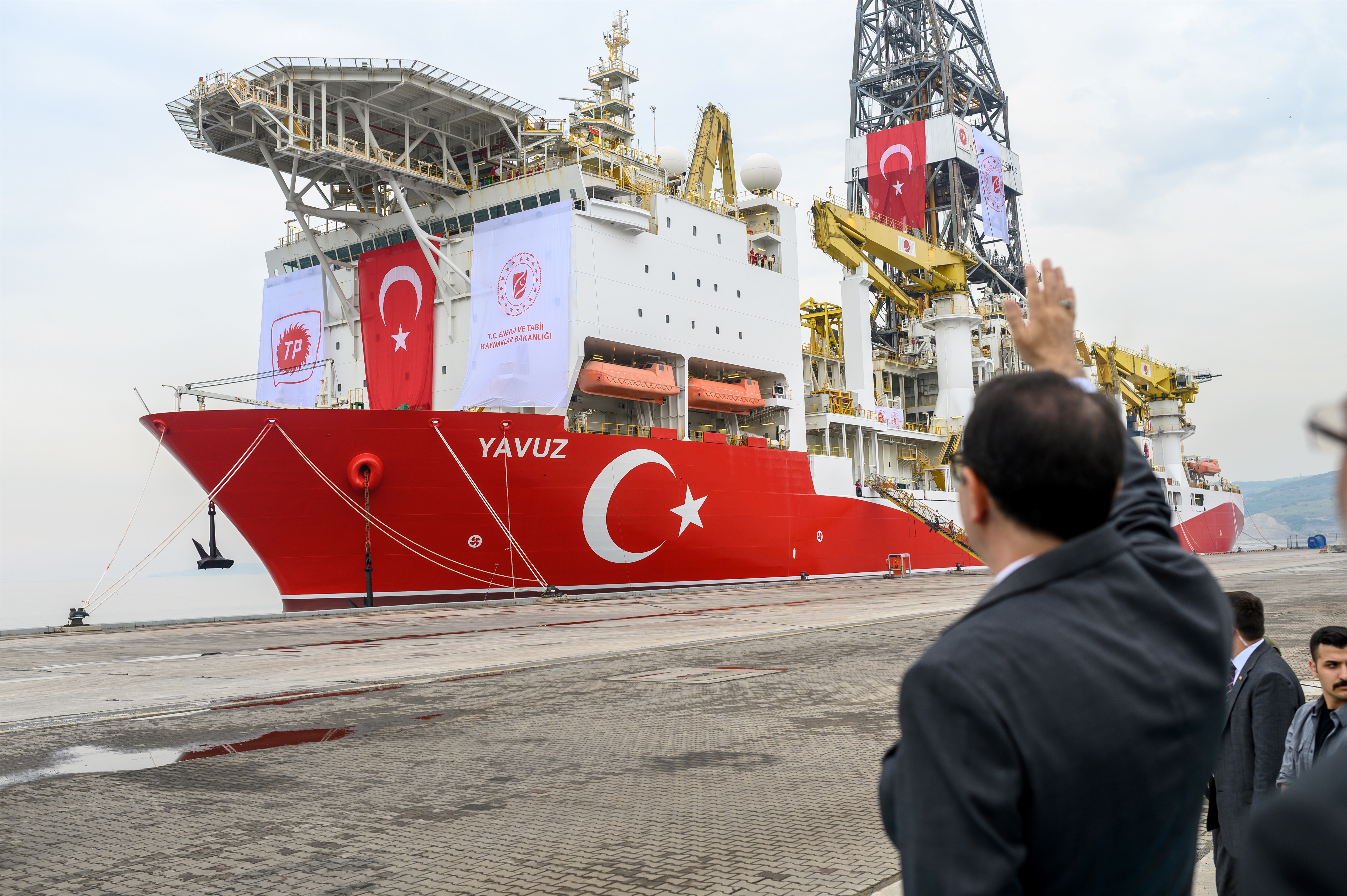 Turkish Energy and Natural Resources Minister Fatih Donmez waves to the drilling ship 'Yavuz' scheduled to search for oil and gas off Cyprus at the port of Dilovasi, outside Istanbul, on June 20, 2019. (Photo: AFP)

ANKARA, July 16 (Xinhua) -- Turkey will send a fourth drilling ship to increase its exploration activities in the Eastern Mediterranean despite the EU's decision to impose sanctions on Ankara, the foreign minister said Tuesday.

Ankara will not allow anyone to usurp the Turkish Cypriot people's rights, Mevlut Cavusoglu said at a news conference during his visit to North Macedonia.

The European Council on Monday decided to suspend EU-Turkey high-level talks and negotiations on an aviation accord over Turkey's drilling activities off Cyprus.

It also endorsed a proposal to reduce pre-accession funds worth over 145 million euros (163 million U.S. dollars) to Turkey for 2020.

"There is no need to take it very seriously, because there had been times that they cut the Instrument for Pre-Accession Assistance (IPA) in the past. They are not things that will affect us," Cavusoglu was quoted by Anadolu Agency as saying.

Despite warnings by the EU and the United States, Ankara has sent two drilling vessels, Fatih and Yavuz, to the Eastern Mediterranean for oil and gas exploration this year.

Turkey's first seismic vessel, the Barbaros Hayrettin Pasa, has been carrying out exploration in the region since April 2017.