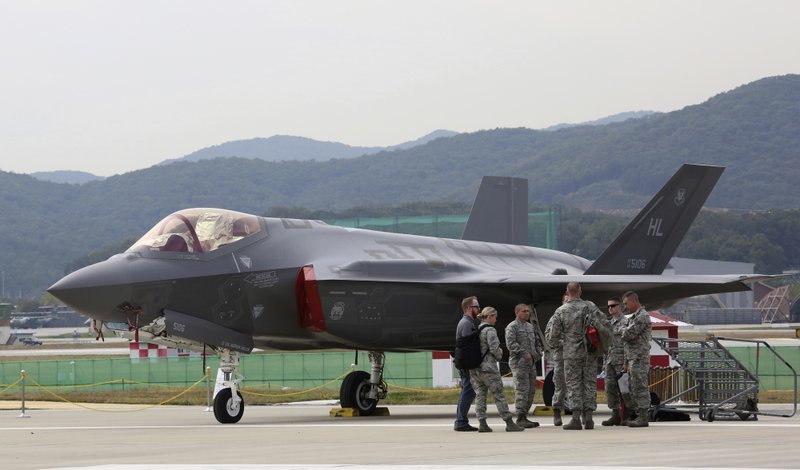 A US F-35 stealth fighter is seen during the press day of the 2017 Seoul International Aerospace and Defense Exhibition at Seoul Airport in Seongnam, South Korea, Monday, Oct. 16, 2017. (Photo: AP)

"All should be aware that Turkey will have to look for alternatives if F-35s cannot be acquired for any reason," Akar said during an interview with Al Jazeera.

The Russia-made S-400 missile defense systems Turkey recently procured would not be integrated into the NATO systems within the Turkish defense system and would instead be part of a "stand-alone system," the minister stated.

"That's what we have been saying since the beginning (of the dispute with the United States) ... We are not going to integrate this with the NATO systems in any way," he said.

Akar emphasized that Turkey has fulfilled its responsibilities as one of the partner countries in the F-35 program, and the US should do its part accordingly.

He recalled that Ankara previously tried to acquire a US-made Patriot defense system but that attempt was rejected by Washington, before Turkey decided to buy the S-400 system.

Russia has expressed its readiness for a potential agreement with Turkey on the sale of Su-35 or Su-57 aircraft.