ISTANBUL, March 22 (Xinhua) -- Turkish President Recep Tayyip Erdogan said on Friday that US President Donald Trump's "unfortunate remarks" on the Golan Heights could trigger a new crisis in the region. 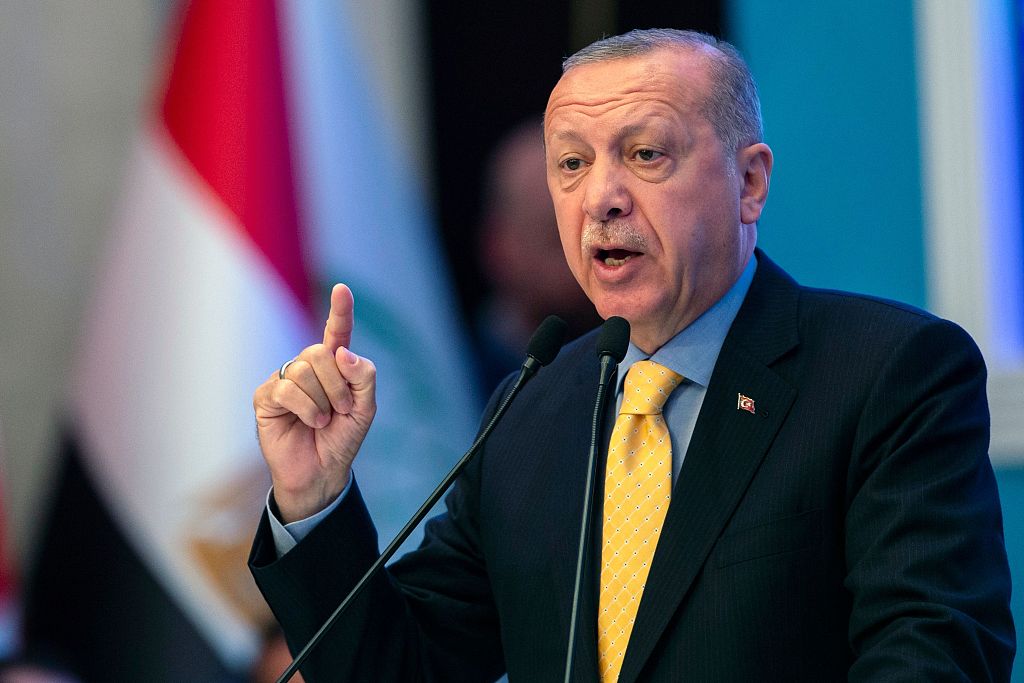 Turkish President Recep Tayyip Erdogan gestures as he delivers a speech during a special meeting of the Organisation of Islamic Cooperation in Istanbul, on March 22, 2019. (Photo: VCG)

"We cannot allow the legitimization of the occupation of the Golan Heights," Erdogan said at a meeting of the Organization of Islamic Cooperation (OIC) in Istanbul over terror attacks on two mosques in New Zealand's Christchurch on March 15 that left 50 people dead.

He also said Turkey and the OIC cannot keep silent in the face of such a sensitive issue when the peace and the right to life of Muslims are targeted by some critical incidents and attacks.

"Each of these attacks is important for both Turkey and the organization," he stressed, urging the OIC to take more initiative and responsibility than ever during these tense times.

A day earlier, Trump tweeted that "after 52 years it is time for the United States to fully recognize Israel's Sovereignty over the Golan Heights, which is of critical strategic and security importance to the State of Israel and Regional Stability!"

Israel seized the Golan Heights in a war in 1967 and annexed it in the 1980s, but the international community has never recognized the move.

"Defending the rights of Palestine in the face of attacks of Israel is a must for us," said Erdogan.