ISTANBUL, Oct. 16 (Xinhua) - Turkish prosecutors issued detention warrants for a total of 84 soldiers on Tuesday over their alleged links to a group believed to be behind a failed coup bid in 2016. 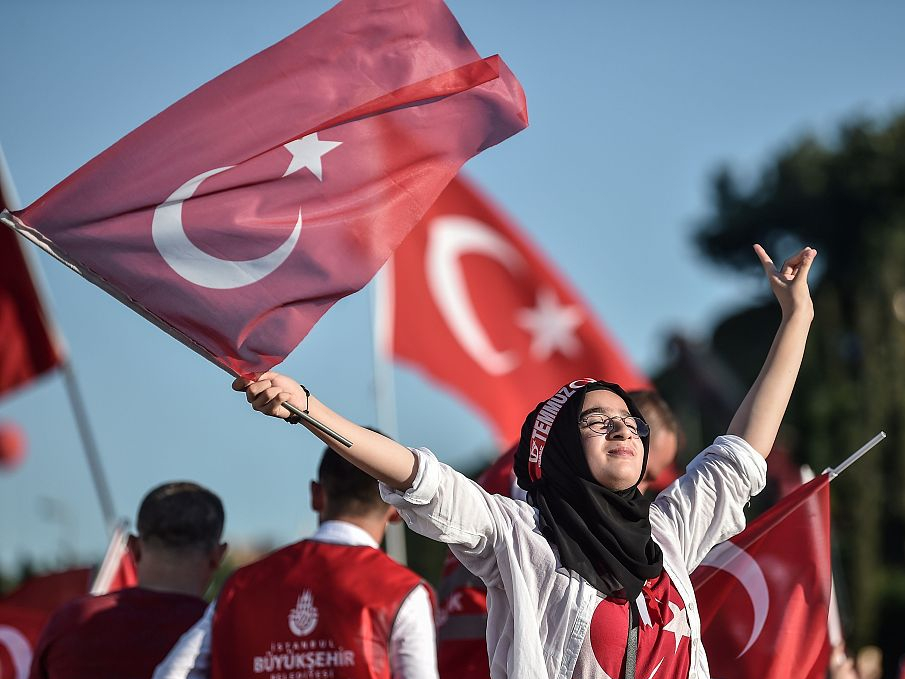 A woman waves a Turkish flag, as people take part in a rally near the "15 July Martyrs Bridge", formerly called Bosphorus Bridge, in Istanbul, on July 15, 2018.  Turkey commemorates the second anniversary of a bloody coup attempt which was followed by a series of purges in the public sector. (Photo: VCG)

The state-run Anadolu Agency said simultaneous operations were launched by the Istanbul Chief Public Prosecutor Office in 23 provinces across the country to catch 34 soldiers, some of whom have been actively serving in key units of the Turkish armed forces.

At a separate investigation, prosecutors in the capital Ankara ordered detention of 50 gendarmerie personnel, the agency added, noting 35 of them were in active duty.

Ankara blames Fethullah Gulen, a U.S.-based Turkish cleric, and his network of leading the July 2016 putsch, in which 250 people were killed.