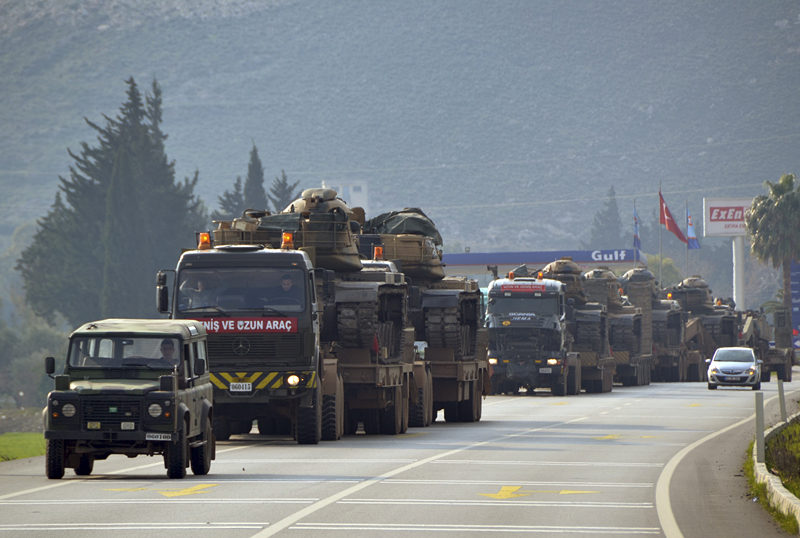 The Turkish convoy of 50 armored vehicles, including commando units, made its way to the Kirikhan district of Hatay bordering the Syrian province of Idlib, Anadolu said.

The media didn't give any reason for the military reinforcement but the move came amid news reports of a Syrian army offensive in northwestern Syria.

Since May, Turkey has accused the Syrian army of attacking some of its observation posts in Idlib.

The latest such attack occurred last week and resulted in a fire exchange between the two sides.

Turkey, however, insists that it is fighting Islamist radicals and Kurdish fighters who are posing a threat to its territory.