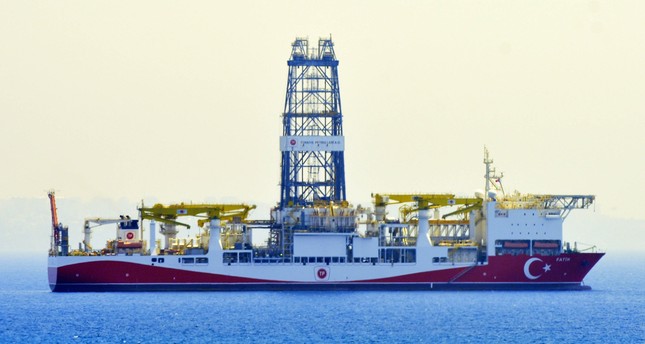 "Our aim is to open two drilling wells on average a year with this vessel," Turkish Energy and Natural Resources Minister Fatih Donmez said at the launching ceremony of "Fatih" in the southern province of Antalya.

"The first drilling in Alanya-1 is planned for a period of nearly 150 days," the minister was quoted by Anadolu News Agency as saying.

Turkey, which is almost completely reliant on oil and gas imports, aims at becoming an energy-independent country.

Donmez said Turkey was very close to buying another drilling ship to ramp up exploration.

Turkey, Greece and the internationally recognized Greek Cypriot government have overlappings claims for jurisdiction of offshore oil and gas research in the eastern Mediterranean.

Ties between Ankara and Athens have strained over attempts to tap gas and oil in the disputed area.

On Oct. 18, the Turkish navy blocked a Greek frigate over interfering with a Turkish research vessel operating in the eastern Mediterranean.

Despite Turkish objections, French Total energy company, in association with Italy's Eni, started a drilling for natural gas in the Cypriot exclusive economic zone in July, according to Greek Cypriot officials.